Robert Winston is a leading medical professional, who has dedicated his career to fertility treatment and the study of fertility problems. Currently the Professor of Science & Society and the Emeritus Professor of Fertility Studies at Imperial College London, Robert has revolutionised the practice of fertility treatment and is famed for performing the world’s first Fallopian Tube transplant. Also the Chairman of the Genesis Research Trust, Robert is passionate about achieving improved healthcare for women and babies and is also now booked as a speaker to discuss his expertise in medicine and fertility treatment.

Robert Winston is a medical professional who specialises in fertility treatment, currently the Professor of Science & Society and the Emeritus Professor of Fertility Studies at Imperial College London. Famed for developing improved fertility treatments in the 1970s, such as performing the World’s first Fallopian Tube transplant and later improving IVF and genetic screening, Robert is a pre-eminent fertility doctor. Also the Chairman of the Genesis Research Trust, Robert is now booked as a speaker to share his passions for improved healthcare for women and children and his expertise in fertility.

After achieving his degree in Medicine and Surgery at The London Hospital Medical College, Robert began his medical career as a Registrar at Hammersmith Hospital and a Wellcome Research Fellow. He then moved into medical education, becoming an Associate Professor at the Catholic University of Leuven and a Consultant and Reader at the Royal Postgraduate Medical School. He has also been a member of the WHO’s Programme on Human Reproduction and the Professor of Gynaecology at the University of Texas Health Science Centre. Later returning to work for Hammersmith Hospital, Robert spearheaded their IVF programme and became the Director of NHS Research and Development for the Hammersmith Hospital Trust.

Other prominent roles of Robert’s include being the Dean of the Institute of Obstetrics and Gynaecology, the President of the British Association for the Advancement of Science, the Chairman of the Institute of Obstetrics and Gynaecology Trust, the Chancellor of Sheffield Hallam University and Chair of the Women-for-Women Appeal. Outside of teaching and practising medicine, Robert has also presented various TV programmes. He has previously presented the likes of The Secret Life of Twins, Making Babies, Your Life in Their Hands, Frontiers of Medicine and The Human Body to name but a few. Also interested in politics, Robert has been the Chairman of the House of Lords Select Committee on Science and Technology and has been appointed Life Peer Baron Winston of Hammersmith.

Also a fellow of the Academy of Medical Sciences, the Royal College of Physicians and the Royal College of Obstetricians and Gynaecologists and an honorary fellow of the Royal College of Physicians and Surgeons and the Royal Society of Biology, Robert is held within high esteem in the medical world. Having pioneered various developments in fertility treatments, Robert has developed everything from the first Fallopian Tube transplant to screening embryos for genetic defects. A Gold Medallist of the Royal Society of Health and a Trustee of the UK Stem Cell Foundation, Robert is now booked as a speaker for a range of events to share his expertise in fertility medicine. When looking for a pre-eminent expert in medicine, Robert Wilson is perfectly positioned to speak at your event.

“Lord Winston was very professional and very well suited to the audience.” - The Campaign Partnership

"The success of this year’s event is in no small part due to Lord Winston’s contribution, for which all of us at the NAPF are extremely grateful. Delegates very much appreciated Lord Winston’s thought provoking presentation, which bought the conference to a fitting close." - National Association of Pension Funds

"Excellent. I’d seen Professor Winston at another tech event and delivered the right type of after dinner speech. I wanted it to be entertaining but stimulating, which it was." - BPL Business Media

"The event last night was a huge success and we have received a pleasing amount of very positive feedback. His talk was fascinating and very entertaining and pitched perfectly for such a mixed audience." - Glasgow Science Centre

Back to 'Healthcare Speakers'
To book Robert Winston as the speaker for your corporate event, function or conference, contact The Motivational Speakers Agency using the contact details below:
Enquiry form 0207 0787 876 [email protected]
* 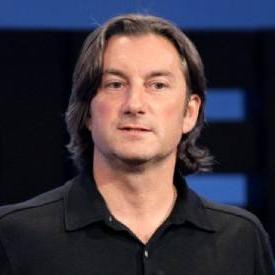 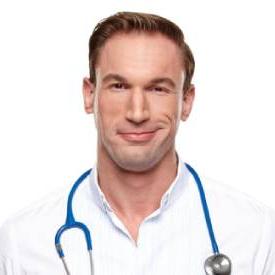