A leading expert of performing under pressure, Martin Elliott is a Professor of paediatric cardiothoracic surgery at University College London. He is also the director of the National Service for severe tracheal disease in children and Gresham Professor of Physic at Gresham College.

As a specialised surgeon and one of the very few in the world who perform slide tracheloplasty operations, Martin is no stranger to dealing with adversity and leading teams with complex operations.

Throughout his career, Elliot has contributed to a whole host of major medical research. He performed intensive research into the pathophysiology of the cardiopulmonary bypass as well as the development and application of outcome registries in surgery for congenital heart disease. He also founded the International Nomenclature Society for CHD which had an overall mission of unifying paediatric cardia disease under a single terminology.

Most recently, Martin has worked at Great Ormond Street Hospital to consider the wants and needs of patients and their families to create the best possible medical experience. His efforts in quality and safety have won the hospital several awards. He has also been a big contributor of evidence towards the Bristol Inquiry around the Bristol Heart scandal, as a big promoter of effective teamwork, he agreed that it was a failure in communication and leadership that caused this period of high death rates in babies.

Outside of the surgery, Martin has consulted various teams including those in the airline and hotel industry to offer advice surrounding teamwork. He also has dealt with Formula 1 teams after he noticed similarities between teams dealing with pitstops and the transfer of patients from theatre to intensive care.

A professional in leadership, teamwork, performing under pressure and dealing with adversity, Martin Elliott is fully equipped to deliver the most effective motivational speech to corporate, school and sports audience.

To book Professor Martin Elliot as the speaker for your corporate event, function or conference, contact The Motivational Speakers Agency using the contact details below: 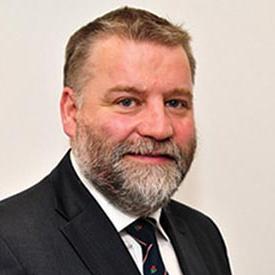