Jonny and Neil are award-winning mental health campaigners and motivational speakers. The pair met when Neil discovered Jonny contemplating his own life, he stopped and encouraged him to take a step back in order to save his life. The two parted ways but were reunited after six years and are now working extensively to eradicate the stigma surrounding mental health.

At the age of ten, Jonny began dealing with mental health issues. He experienced auditory hallucinations and developed depression before he was diagnosed with schizoaffective disorder. A condition that combined schizophrenia and bipolar disorder consequently made his early 20’s very difficult as he under the delusion that he was part of his own version of the film The Truman Show.

Early 2008 saw Jonny hospitalised due to the severity of his condition but he managed to run away with the intention of ending his life. Neil was passing by on Waterloo Bridge when he came across Jonny. He realised the height of the situation he had just walked into and began to talk him out of suicide until the emergency services arrived to escort him back to the hospital.

The two strangers continued on with their own lives but both were left with that lasting memory in both of their heads. Jonny began spreading awareness by documenting his experiences and uploading them to YouTube, he also released a book of poems written mainly whilst he was in hospital. Pill After Pill: Poems From A Schizophrenic Mind aimed to give readers an insight into his mindset from the moment he began seeking medical help, to when he was discharged by his psychiatrist.

With his Youtube videos proving to be quite popular, Jonny released a social media campaign in a bid to find the kind stranger that saved his life. The hashtag #FindMike became trending on Twitter in the UK, South Africa, Canada and Australia. It reached over 300 million people around the world, including Stephen Fry, Boy George and David Cameron, who all showed their support in finding the stranger nicknamed Mike. Just two weeks after the campaign launched, the pair were reunited and began using their now large platforms to campaign extensively for those with mental illness.

Neil has since qualified as a mental health first aid instructor as well as launching This Can Happen - a conference surrounding how to tackle mental health issues within the workplace. He has also co-founded an organisation specifically to campaign for mental illness. You Alright Mate brings together business leaders and campaigners to help combat mental health stigma. After launching Beyond Shame Beyond Stigma in order to raise funds for solutions, he was awarded an Honorary Doctorate by Bristol University.

In 2016, Jonny launched ThinkWell, the company offers a wide range of workshops in which help to educate young people in school about mental illness and the treatment available. He also travelled to India in a bid to raise awareness in which he filmed a documentary for his YouTube channel.

The pair have gone the extra mile to spread their story, they have gone as far to complete the London Marathon together in 2017 as well as a feature in a Channel 4 documentary surrounding the subject that is close to their hearts. Neil has been recognised with a Pride of Britain Award and Jonny has been appointed MBE for their continuous efforts and heroic actions.

Jonny Benjamin and Neil Laybourn have a story that is touching, heartwarming and extremely motivating. They highlight the importance of speaking out and being proactive when it comes to treating mental health. They never fail to leave their audiences feeling empowered and inspired making them the perfect addition to any event or function.

Listen to Jonny & Neil discuss below:
Mental Health
Awareness in the Workplace
Teamwork
Mental Resilience
Back to 'Mental Health Speakers'

To book Jonny Benjamin Neil Laybourn as the speaker for your corporate event, function or conference, contact The Motivational Speakers Agency using the contact details below: 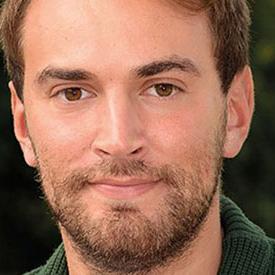 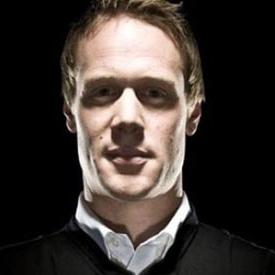 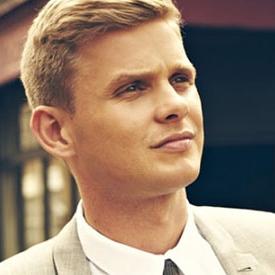 These Cities Are Already Smarter, Is Yours Next? (The Big Data Revolution)
How COVID-19 Has Shaped The Way Speakers Use Technology
Top 10 LGBT+ Speakers To Promote Workplace Inclusion