Dandapani is a Hindu Priest, entrepreneur and former Monk for 10 years. A highly sought-after public and keynote speaker, Dandapani is helping businesses and organisations around the world to ensure a healthy work/life balance. Having previously presented to clients such as Commonwealth Bank of Australia and shared the stage with many high-profile individuals, it is without a doubt that Dandapani is a motivational and influential individual.

Initially studying and graduating with a degree in electrical engineering, Dandapani has since gone on to lead quite a different life. Upon graduation he decided to pursue life as a Hindu Monk, committing his faith guided by Sivaya Subramuniyaswami. Committing his life to serve as a monk for 10 years, Dandapani lived in Hawaii where he trained at a Hindu Monastery. After serving for 10 years, Dandapani decided to return to New York and venture into the world around him. He has now decided to commit to becoming a Hindu Priest, as well as using all that he learnt as a Monk to help those around him.

Dandapani is on a mission to help everyone lead a purposeful and most of all happy life. An inspirational and empowering individual, he utilises the traditions of Hinduism in his proficiency as a public speaker to engage and captivate the audience. Travelling the globe far and wide, Dandapani has had an immense impact on some of the world’s largest companies leaving an impression on each and every audience member. Specialising in transformative life tools, Dandapani is passionate to help people with their self-development providing simple yet practical ways that can be applied in everyday life.

Many of his clients have requested Dandapani’s services time and time again, revered for his ability to shape the future behaviours of workforces. He has previously delivered for the Commonwealth Bank of Australia at the Wired for Wonder conference in 2013, 2015 and 2016 and as the global keynote speaker for Xerocon. He has also delivered for the World Knowledge Forum, taking to the stage with famous individuals such as Hillary Clinton and Ban Ki-moon. Another prominent engagement is when he performed a speech at the annual Global PE Alliance dinner, the sole keynote speaker at the event. Dandapani has also performed at TEDx events before, delivering speeches such as his one titled Unwavering Focus, with over 2.9 million views worldwide.

As a speaker, Dandapani is sought for his incredibly motivating keynote speeches and workshops. Having lived a life of serious self-discipline for a decade, Dandapani knows what it takes to make the best version of yourself and so is dedicated to helping this become possible for others. An immensely knowledgeable individual, Dandapani covers a plethora of topics all based around ensuring a healthy work/life balance, peak performance and wellbeing. His topics include unwavering focus, the economics of energy, meditation & mindfulness, the 50-year plan and life’s purpose. A captivating, diverse and passionate speaker, Dandapani is the perfect addition to your next event.

"For the first time in my life I'm enjoying making my bed in the morning. Thanks Dandapani!"- Tim, Entrepreneur & Angel Investor 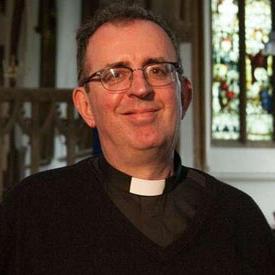