A British Formula One legend often regarded as one of the most exciting and engaging drivers to watch, Nigel Mansell lived by a win or lose attitude on track, with 31 wins as well as 32 crashes. Nigel is a beloved individual that British crowds adored as a result of his continuous determination and motivation to overcome anything that got in his way.

Nigel has millions of fans on a worldwide scale and his heroic performances made him a legend of the sport. A compelling motorsport speaker, Nigel delivers anecdotal tales of life in the fast lane and how to acquire the ability to achieve peak performance and maximise success on demand.

Having a first drive in a car aged seven in a nearby field, Mansell watched Jim Clark win the British Grand Prix at Aintree in the same year. From then on, Nigel decided to emulate his boyhood hero and persevered with his dream through many misfortunes to realise and achieve his goals. Nigel enjoyed considerable success in kart racing before becoming the 1977 Formula Ford Champion after selling the majority of his belongings and resigning from his aerospace engineer position in order to follow his dreams. In another risky move, Nigel and his wife Rosanne sold their house to finance his move into Formula Three.

Nigel suffered a large crash in which he was hospitalised with broken vertebrae. However, this champion was not going to turn down an opportunity to become a Formula One test driver for Lotus, stuffing himself full of painkillers and hiding his injury in order to trial for the position which he ultimately achieved.

After Lotus, Nigel moved to Williams in 1985 and turned into the prolific and uncompromising winner every believed he could be. Mansell won his first Grand Prix race at Brands Hatch in 1985, pointing to the amazing rivalries and incredible races to come in his career. His second career spell at Williams was to be Nigel’s most successful, dominating the 1992 season by winning nine out of the sixteen season races with his Williams FW14B and becoming the World Champion> in the process.

Nigel then went on to other forms of motorsport including IndyCar to huge success and fame across the pond. Mansell returned to F1 for a final time in 1994, racing for Williams for the final four races of the season before announcing his retirement in order to pursue his several businesses including a Ferrari dealership. 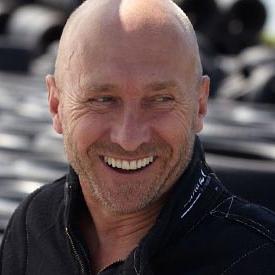