Regarded as one of the most successful team principals Formula One has ever seen, Ross Brawn is a leading figure within the motorsports industry having worked with some of the worlds most successful teams and overseen some of the sport’s most talented drivers. Now a successful speaker at events, Ross has extensive experience of the technical and physical side of the sport as well as the importance of teamwork, leadership and innovation.

Beginning his career in motorsport in 1976, Ross joined March Engineering and quickly moved up the ranks before being employed by Sir Frank Williams for the newly formed Williams F1 team. It was in 1985 that Brawn was offered a job at Haas Lola, where he had the opportunity to make a significant impact within the company and beyond when he created the Lola THL1 and THL2 cars. Both cars were widely regarded as the finest handling cars on the F1 grid at the time.

Moving to Benetton in 1991 as Technical Director, Brawn would play an integral part of the team that would win consecutive Drivers’ Championships with Michael Schumacher in ’94 and ’95. Brawn followed Schumacher to Ferrari in 1997 and after a period of ‘rebuilding’, the team went on to win six consecutive constructors titles alongside five consecutive driver’s titles for Schumacher between 2000 and 2004.

This remarkable string of results would label Brawn as a vital member of the Ferrari ‘dream team’, alongside Schumacher, Jean Todt and Rory Byrne. Ross often talks about this period of his career as a motorsport speaker, discussing the factors that led the Ferrari team to become so successful.

After working with Honda in 2008, the team pulled out of the sport, leading to a buyout by Brawn and Nick Fry. Relabelled as Brawn GP, the team kept drivers Jenson Button and Rubens Barrichello and would go on to have unrivalled success for the majority of the season, culminating in victory in the constructors championship as well as the drivers’ title for Jenson Button.

Brawn GP was bought out by Mercedes after Jenson Button’s winning season in a highly lucrative deal for Brawn and shareholders. Staying on as Team Principal, Brawn masterminded Mercedes’ comeback to the sport by encouraging Michael Schumacher to come out of retirement and race for the team.

Announcing his retirement from the sport in February 2014, Brawn had enjoyed one of the most illustrious careers ever seen within F1, making him a highly desirable personality to talk at events as a motorsport speaker.

Discussing his rise to the top of the sport, Ross gives an intriguing insight into the work involved off the grid as an after-dinner speaker, as well as Ross’ first-hand experience at the forefront of Formula One.

Motorsports
Teamwork & Leadership
Maximising Success
Attention to Detail
Business in Sport
Back to 'Motorsports Speakers'
To book Ross Brawn as the speaker for your corporate event, function or conference, contact The Motivational Speakers Agency using the contact details below:
Enquiry form 0207 0787 876 [email protected]
* 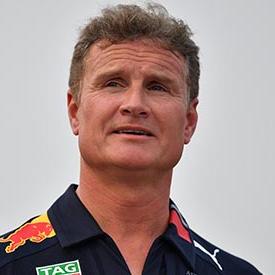