Former racing driver turned investor and CEO, Toto Wolff is recognised internationally for his commitment and contributions in the field of motorsports. As the current Team Principal and CEO of Mercedes AMG Petronas F1 Team and the Head of Mercedes-Benz Motorsport, Toto has harnessed record breaking results, and now as a speaker supports corporate teams in doing the same.

Former racing driver turned Team Principal, Toto Wolff is one of the biggest names in motorsports. With an extensive career history and unrivalled success, both on the track and as a leader, Toto is a renowned expert in his field. Armed with proven strategies for success, and techniques to thrive under pressure, Toto is the ideal speaker for corporate audiences, thanks to his transferable advice. Whether he’s discussing the key to driving team results or sharing anecdotes from his time in top-level motorsports, Toto’s contributions are invaluable to any event.

Best known as the Team Principal and CEO of Mercedes AMG Petronas F1 Team, Toto is at the helm of one of the most successful teams in F1. Under his leadership the group have won seven consecutive Formula One Double World Championships, setting the record in the process for the most wins in the competition by a team, winning another Constructors Title in 2021. Additionally, Toto has been responsible for further record in the Driver’s Championships thanks to his dedicated direction of the team. Since 2013, Toto has also acted as the Head of Mercedes-Benz Motorsport, tasked with championing all aspects from Formula E to sports cars. Prior to his involvement with Mercedes, Toto was the Executive Director of the Williams F1 Team.

Passionate about motorsports from a young age, Toto made his debut as a racing driver in 1992, taking part in the Australian Formula Ford Championship. Moving from strength to strength in the driver’s seat, Toto won a race at the 2002 FIA GT Championship, came first in the 24 Hours Nürburgring in his category and won the 2006 Dubai 24 Hour, an impressive array of career highlights. Transitioning from a practical role to the business side of motorsports, Toto utilised his economics and business degree to become a team investor, initially in HWA AG.

Outside of his high profile racing career, Toto is an avid philanthropist and Vice Chairman of the Mary Bendet Foundation which supports the lives of underprivileged children. As the recipient of the John Bolster Award, and the President’s Award, Toto’s influence on the motorsports industry has been recognised internationally and he remains one of the most prominent figures involved. When booked for speaking engagements, Toto draws on his wealth of experience to support corporate clients in developing high-performance teams, and harnessing results, as he has done throughout his career.

“We welcomed Toto as the keynote speaker at our virtual global Managing Director strategy event. The brief was around building sustainable performance and the culture needed to support this. Toto took the time to meet with us well ahead of the event itself and we spent an hour discussing the background, our needs and the various relevant topic areas. It was clear that Toto had already taken time to look into our organisation, history and strategy. We were impressed with how well this was understood and also how strong links were made to the Mercedes F1 team experience, development and culture building over time. In terms of the event, Toto engaged in a "fireside chat" for 30 minutes which flowed very well, with a clear spontaneous feel, as opposed to something that was stage-managed. Toto took the questions very much in his stride and provided clear responses, drawing on examples, which resonated well with the audience. We were delighted with Toto's contribution and approach and would highly recommend him for similar events ” - Moses, Swiss Reinsurance Company Ltd

"Thank you for securing us Toto and Susie Wolff for our SLM 2021 event this year. I thought the combination worked really well having them both together, and would recommend that to your other clients. I received many remarks from event attendees around how ‘on message’ they both were on the themes of leadership and culture, which was a big focus of our event this year. It was a real event highlight. In terms of official post-event reporting, 62.5% found their session excellent and 35% found it good (1 person found it average but perhaps he/she was a Red Bull fan)." - Tetra Pak

Back to 'Motorsports Speakers'
To book Toto Wolff as the speaker for your corporate event, function or conference, contact The Motivational Speakers Agency using the contact details below:
Enquiry form 0207 0787 876 [email protected]
* 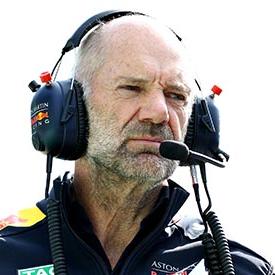 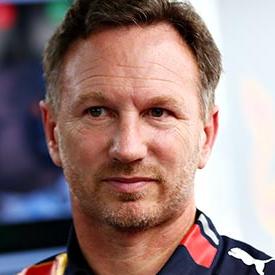