The first ever British Tour de France winner, Bradley Wiggins is perhaps the most well-known British name in cycling. Having won medals at five consecutive Olympic games, Bradley currently holds eight Olympic medals - of which five are gold. An excellent speaker, Bradley can be booked for all manner of corporate events today.

Inspirational former British professional road and track racing cyclist turned motivational speaker, Sir Bradley Wiggins, began his career on the track, but after a while made the transition to road cycling, where he competed professionally between 2001 and 2016.

Wiggins is one of only a few cyclists that have gained significant elite level success in both forms of professional cycling.  Bradley has won ten medals at the track World Championships between 2000 and 2008, achieved eight Olympic medals across the Sydney 2000, Athens 2004, Beijing 2008, London 2012 and Rio 2016 Olympic Games. Bradley also went on to win the Paris–Nice, the Tour de Romandie, the Critérium du Dauphiné, and became the first British cyclist to win the Tour de France and the time trial at the London 2012 Olympic Games.

In 2015, he set the iconic track hour record and world record in team pursuit on multiple occasions. Bradley has also won three Grand Tours, becoming one of the most celebrated British sporting athletes. Various awards Bradley has won include the Vélo d'Or award for best rider of the year, BBC Sports Personality of the Year and a knighthood in 2013. It was in 2016 that Bradley added yet another astonishing achievement to his profile.

Retiring in 2016, Bradley has since released a number of books about his experience in the cycling profession, and now uses his knowledge and involvement in cycling for others to learn from. When seeing Bradley speaking at an event his passion for his subject is clear, proving that not only is he an accomplished sports speaker, but also an amazingly entertaining and fascinating character with an abundance of knowledge and stories to tell. 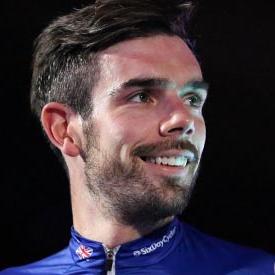