Olympic speaker Mark Colbourne MBE's inspirational story of sadness and transformation reveals the mark of an amazing individual. In a near-fatal paragliding accident in May 2009, Mark broke his back, left with lower leg paralysis and foot drop in both feet.

Former Welsh Paralympic cyclist, Mark Lee Colbourne MBE, has previously competed for both Wales and Great Britain in championships across the world. His first taste of sporting competition was playing volleyball at international level for Wales between 1990 and 1993. However, Mark's sporting career, and indeed his life, took a major change of direction when he suffered a near-fatal accident and broke his back in a 35-foot paragliding fall in 2009.

Following his accident, Mark started cycling with Disability Sports Wales, and he went on to compete in the C1 class for riders on upright bikes with the most limiting disabilities. Training with a disabled cycling coach, Neil Smith, Mark made his debut appearance in 2010, at the Wales Cycling Grand Prix. He went on to win his first UCI Para-Cycling World Cup medals in 2011.

In Segovia, Spain, Mark earned a bronze at his first World Cup level race. Going from strength to strength, he went on to win a silver medal at the round in Baie-Comeau, Canada. Mark’s debut World Cup, at the 2011 UCI Para-Cycling Road World Championships, won him a silver medal. Mark was selected to ride for the Great Britain cycling at the 2012 Summer Paralympic Games and he duly won a silver medal and Great Britain's first medal of the 2012 Paralympics. The pinnacle of his career came in August 2012 when he won a Paralympic Games gold medal in the C1 3km individual pursuit, breaking the world record in the final.

This record-breaking athlete is a world-renowned inspirational speaker, whose presence on the speaking circuit has quickly positioned him as a highly sought-after Olympic speaker. Mark has the ability to host workshops and conferences, ensuring your occasion runs smoothly whilst reinforcing the key themes to your event. Appointed as a Member of the Order of the British Empire (MBE) in 2013 for services to cycling, Mark’s ability to engage his audience leaves them captivated, inspired and ready to invest their focus on taking action.

With his extensive sporting career, Mark is passionate about offering guests valuable knowledge and skills straight from the perspective of an elite individual. As a speaker, Mark has one main focus - to help audience members embrace change and gain a winning mindset.

Mark came to award the Prizes at our end of year Speech Day, addressing an audience of 750 people aged between 6 and 86 who he had them rapt with attention.  Mark spoke for 30 minutes, without notes, and told us his story. You could have heard a pin drop.

Afterwards, many speakers would have politely made their excuses, offered their apologies and slipped away.  Mark stayed for lunch and then spent two and a half hours amongst us, signing autographs, posing for photographs with pupils with his Olympic Gold Medal and chatting to parents and children, during the Inter House Athletics event which followed the speeches, despite knowing that he and Rachel had a very long journey home to Cardiff from Junction 5 on the M25.

Mark was quite simply inspirational.  Everybody is still talking about him.  He has set the bar at a very high level and he will be the standard against which all future outside speakers will be judged from now on.  I do not envy them.  I would recommend Mark Colbourne to anybody who wants a speaker who will be inspirational and memorable.  Quite superb! - James Marjoribanks Headmaster, Holmewood House School

Excellent style and delivery.  I have engaged the services of many speakers in my career and Mark is by far the best.  He is friendly, relaxed and a good raconteur.  He completely engaged the audience.  On the night we had a gentleman who collapsed during Mark’s presentation and he dealt with this extremely professionally and when he started his talk after the situation had been dealt with he didn’t miss a beat — just got straight back into it.  We had people in the audience give him a standing ovation at the end – I’ve never seen that before.

Mark had quite clearly done his homework about the local authority and on the evening presented one of the councillors with a framed gold winners stamp, which was a lovely touch.  Mark had obviously read the brief I had sent and covered the points we had discussed in his presentation. - Macdonald Portal Hotel, Tarporley

Back to 'Olympic Speakers'
To book Mark Colbourne as the speaker for your corporate event, function or conference, contact The Motivational Speakers Agency using the contact details below:
Enquiry form 0207 0787 876 [email protected]
* 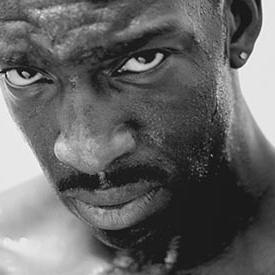