London 2012 Olympic gold medallist shooter, Peter Wilson MBE, shot to fame after claiming the double trap title in nervy fashion. The current double-trap world record holder, Wilson is one of the world leaders in his sport, cementing his proficiency as an Olympic and after-dinner speaker.

An eloquent sports speaker who has fought his way to the top, Peter Wilson only took up shooting seriously after dislocating his shoulder during a snowboarding accident. After enduring funding cuts to his sport in 2008, Peter was lucky enough to receive personal funding from his parents.

With their support, Wilson changed coach to the Athens 2004 Olympic Champion Sheikh Ahmed Bin Mohammed Bin Hasher Al Maktoum, a member of the Dubai ruling family, who agreed to coach Wilson for free. With the input of his new coach and a refreshed determination to prove the faith shown in him was justified, Wilson went on to win back to back World Cup Shooting Gold medals.

The two major successes of his career came in 2012 when he dominated the double trap with consummate ease. At a World Cup event held in Tucson, Arizona in 2012, Wilson broke the world record scoring an almost perfect score of 198 out of 200 in the final. Later that year, Wilson fulfilled his ambition of winning double trap gold at the London 2012 Summer Olympics.

Having nearly lost his dream of Olympic gold, Wilson’s Olympic success meant more to him than anyone could have imagined. His perseverance, desire and belief in his ability to secure the Olympic title is palpable and honourable - traits which come across when fulfilling his duties as an Olympic Speaker. A passionate sports speaker and role model to others, Peter Wilson is exceptionally placed to deliver articulate and meaningful appearances as an after-dinner speaker, addressing the realities of professional sport.

In recognition for his services to shooting, Wilson was appointed Member of the Order of the British Empire in the 2013 New Year Honours. Having announced his retirement the following year at the age of 28, Peter did not attempt to defend his Olympic title. These days he shares the story of his success as an Olympic speaker - inspiring audiences to harness their drive and determination and to never give up on their ambitions. Peter Wilson has proven himself to be an inspirational speaker and the ideal addition to all occasions and conferences. 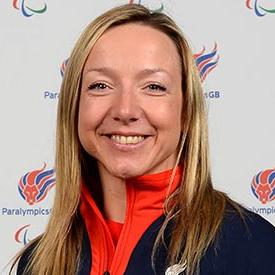