Steve Cram CBE is a retired British track and field athlete who, along with fellow Britons Sebastian Coe and Steve Ovett, was one of the world’s dominant middle distance runners during the 1980s. In a career spanning over three decades since appearing as a 17-year-old at the 1978 Commonwealth Games, Steve’s many achievements include six gold medals at major championships.

At the 1984 Olympic Games in Los Angeles, Steve returned from injury to take silver in the 1500m behind Sebastian Coe. The following year in 1995 he broke world records in the 1500m, 2000m and a mile, all within 19 days, a trully remarkable feat. indeed, his record at the mile stood for a staggering nine years. To this day, he remains the UK record holder over the mile and 2000m.

Since retiring from competitive athletics Steve has become a very successful television personality, first commentating with Eurosport, and then with Channel 4 before joining the BBC as the Chief Athletics Commentator. He has also commentated at major track and field events, including co-presenting the 2000 Sydney Olympic Games, the 2002 Winter Olympic Games in Salt Lake City and the 2004 Olympic Games in Athens.

Steve has also been a regular contributor to BBC Radio 5 Live, including hosting popular sports show, 606 and Sunday Sport. He also fronted the Run for Glory programme alongside Sally Gunnell, following a number of individuals during their training for the London Marathon.

Steve is the ideal addition to any event or occasion. Perfect for conferences as well as an after-dinner Olympic speaker, he is sure to add a new dimension to your occasion.

“Steve made the evening very special.” - City and Guilds

"Steve gave a really enjoyable and inspiring lecture. Thank you for educating, inspiring and entertaining us." - DeMontfort University

Back to 'Olympic Speakers'
To book Steve Cram as the speaker for your corporate event, function or conference, contact The Motivational Speakers Agency using the contact details below:
Enquiry form 0207 0787 876 [email protected]
* 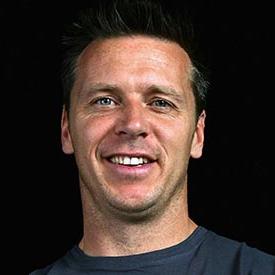