Tessa is a former English javelin thrower and heptathlete who competed in the javelin competition in every one of the six Olympics from 1976 to 1996, winning the gold medal in 1984 for Great Britain.

Only the second track and field athlete to compete at six Olympics, she was the UK’s leading javelin thrower from the mid-1970s, winning silver in the 1978 European Championships and gold in The Commonwealth Games three times (1978, 1986, 1990). Tessa’s finest hour came at the 1984 Olympics in Los Angeles, when she became the first British woman ever to win a gold medal in the javelin event. Enjoying a competitive rivalry with fellow Briton Fatima Whitbread, Tessa’s career outlasted that of her rival, going on until 1996.

Following her retirement, Tessa became involved in top-level sports administration, serving as Vice-Chairman of Sport England from 1999 to 2005. She was also involved with The Newham Sports Academy before setting up her own foundation and academy in 2011.

Tessa has regularly taken part in media activities and recently appeared on Dancing On Ice Goes Gold, Great British Menu, Antiques Road Trip, Question of Sport, and Celebrity Masterchef. Her experiences and talents throughout sport have escalated her popularity as a sports speaker, and her ability to relate and connect with a wider audience is palpable. An Olympic speaker, after dinner speaker and inspirational hero to all, Tessa is undoubtedly one of the most prolific sportswomen of the past few decades.

‘Tessa was great – such a good speaker and it's so lovely how her bubbly personality came through throughout. Tessa`s passion, energy and personality really shone through’ –  BP

“Tessa was brilliant. She arrived early – took time to talk to people and pose for pictures with the children – I would definitely use her again” – Health Communities Team

Back to 'Olympic Speakers'
To book Tessa Sanderson as the speaker for your corporate event, function or conference, contact The Motivational Speakers Agency using the contact details below:
Enquiry form 0207 0787 876 [email protected]
* 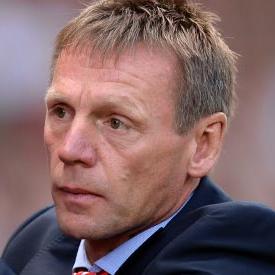