Tom Daley is best known as an Olympic diver, specialising in the 10-meter platform event. Two times Olympic bronze medallist, Tom has enjoyed a successful career also winning competitions such as the FINA World Championships and British Championships. As a speaker he is sought to cover the tales of his victorious career, as well as spread messages of acceptance for LGBT communities and encourage a more inclusive world.

From a young age, Tom Daley possessed a talent for swimming and diving. Before long he found elite sporting fame, making his debut in diving at the 2007 Australian Youth Olympic Festival before winning his first ASA National Championships in the same year. From that point on Tom continued to wow the crowds with his agile diving talents, winning countless other medals for his daring feats. Some of his most prominent medals include two bronze Olympic Medals, three European Championship gold medals, four Commonwealth Games gold medals, 14 British Championship gold medals and six ASA National Championship gold medals. Most recently, Tom gained his first World Cup Gold at the 2021 FINA Diving World Cup - an official test for the 2021 Tokyo Olympic Games. However, it was in 2021 that Tom achieved his most prestigious medal at the 2020 Tokyo Olympics. Alongside diving partner Matty Lee, the duo won gold in the men's Synchronised 10m Platform. Propelled by the fame of his daring diving feats, Tom has forged a reputation as quite the celebrity.

Gaining attention primarily for being one of the youngest Olympians to compete for Britain, Tom has since made his name on television and as a media personality. Back in 2012, Tom was approached by ITV to join the cast of Splash!, going on to become a coach utilising his expertise and elite sporting talent to help celebrities that would appear on the programme. Tom also set up a YouTube channel, where he documented his life in a series of vlogs with 800,000 subscribers to his channel. Openly gay, Tom has most recently become a patron of LGBT charity Switchboard. In this role, he works to help people who are struggling to find their identity or who are facing discrimination due to their sexuality. Throughout his sporting career, Tom has been the recipient of many awards. He has previously claimed the BBC Young Sports Personality of the Year Award in 2007, 2009 and 2010 becoming the only person to ever win the award more than one time. He also received an OBE in 2022.

He has also been named as 2005 Youngster of the Year by BBC South West and shortlisted for the BBC Sports Personality of the Year in 2009 and 2010 reaching the top 10 rankings. He has also been recognised as part of 100 Athletes to Watch by Time, 100 Makers of the 21st Century by The Sunday Times and Athlete of the Year by LEN Magazine. As a speaker, Tom is sought to cover the tales of his illustrious diving career. From the determination and drive it takes to succeed in the commitment and dedication that elite sport requires, Tom is an expert in peak performance and helps others to harness their true potential. An advocate for LGBT rights, Tom is also frequently sought to cover such topical issues having previously covered issues surrounding anti-gay laws. A passionate and engaging speaker, Tom Daley is the perfect addition to your next event.

Watch Tom Daley’s speech and Q&A for the Oxford Union:
Watch Tom’s acceptance speech at the British LGBT Awards 2017:
Watch Tom speaking in this interview with British GQ, discussing the Rio Olympics, doping and coming out:

Back to 'Olympic Speakers'
To book Tom Daley as the speaker for your corporate event, function or conference, contact The Motivational Speakers Agency using the contact details below:
Enquiry form 0207 0787 876 [email protected]
* 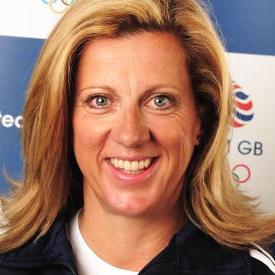