Victoria Pendleton is an English former track cyclist who specialised in the sprint, team sprint and keirin disciplines. One of the highest-profile sportswomen in the UK, she is the most successful female British Olympian of all time and one of the country’s most decorated female athletes.

Inspired by her father who was a national grass track and hill climb champion, Victoria started grass track racing aged nine. She started to show potential at thirteen and was talent-spotted at sixteen. Whilst studying at the University of Northumberland she started to train more constructively for track sprinting, inspired by the Olympic gold medal success of Jason Queally at the Sydney 2000 Olympic Games.

Victoria won one bronze and three silver medals in the British National Track Championships in 2001, while still a student, and in the following three years ranked consistently in the top five of the Track Cycling World Championships.

The 2004 Athens Olympics, however, came too soon for her, as she failed to crack the top five, and she considered quitting the sport, but stayed on the programme after being persuaded by British Cycling Sports Psychologist Dr Steve Peters. In the following year, Victoria won her first World Champions rainbow jersey at the 2005 World Championships in the individual sprint, proving her persistence to be worthwhile. That first rainbow jersey set her on the path to greatness and she went on to win a total of nine World titles.

Her crowning moment, however, came at the 2008 Beijing Olympics, where she cruised to a gold medal in the sprint and put to bed the demons of earlier years, and following further years of success, she capped off her career in style by clinching a gold and a silver at the 2012 Games in London. An intelligent and realistic individual, Victoria has overcome doubt, criticism and pre-race anxiety to reach the top of her sport, making her story inspirational when it comes to wowing audiences.

“Professional, open and humorous, all in the right measure.” - Logistik Ltd

"A great success! We can highly recommend her for similar occasions. She incorporated conference messaging where appropriate, spoke genuinely and confidently in upfront keynote, and responded well to on the spot questions from audience. People were delighted she took the time to stay for so long after her speech for individual questions, autographs and photos. Incredible and inspirational!" - Involve UK Ltd

Back to 'Olympic Speakers'
To book Victoria Pendleton as the speaker for your corporate event, function or conference, contact The Motivational Speakers Agency using the contact details below:
Enquiry form 0207 0787 876 [email protected]
* 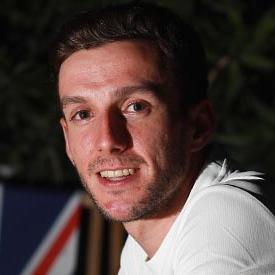