Matt Lindley is a former Royal Air Force pilot, widely known for being one of the first openly gay pilots of the RAF. Now a part-time commercial pilot and a human performance factors expert, Matt is booked as a speaker for corporate events on topics such as diversity, inclusive leadership, stress performance, resilience, human error and more.

Matt Lindley has forged a respectable career as a pilot, change management consultant and human performance factors expert. Having worked a successful career as a pilot, Matt is now booked as a diversity speaker to share his expertise of culture change and resilient leadership along with acceptance of his sexuality in the RAF.

After working as a Management Consultant for Ford Motor Company, Matt joined the Royal Air Force in 1999. Working in the RAF for several years, Matt held positions such as Head of RAF Hawker Training, RAF Human Factors Facilitator and RAF VIP Training Captain. During his service, Matt was a qualified flying instructor and flew members of the Royal Family and the UK Prime Minister across the globe. One of the first openly gay pilots in the RAF, Matt was a pivotal figure of diversity within the air force who had a positive effect on acceptance.

Since leaving the forces, Matt has worked as a Healthcare Human Factors Change Management Consultant and Head of Human Performance Factors for Verpora. Also continuing his role as a pilot part-time, Matt is now the Founding CEO of Propel Performance Limited. Putting to use his 25 years of experience as an RAF and commercial pilot, Matt draws upon the lessons of change management, human performance and risk that he learnt in such roles as a consultant.

Now booked as a speaker for a variety of corporate events, Matt is booked for his expertise in debriefing, communication, leadership, situational awareness, human cognition, decision making under pressure and wellbeing. With experience across the sectors of pharmaceuticals, engineering, financial and legal services, Matt is an ideal speaker for a variety of industries. Previous clients of Matt’s include The National Health Service, Axa, GSK, The New York Times, Mars Pet Care and The UK Home Office.

Matt is also a favourite as a diversity speaker, sharing his experience of acceptance in the Royal Air Force. Joining the RAF when there was a ban on homosexual service, Matt shares how there was transformational culture change within the Armed Forces and his overall positive acceptance within the forces. Also known to discuss mental health, resilience and inclusive leadership, Matt Lindley is an insightful speaker ideal for a variety of corporate events.

“Matt’s ability to use his extensive experience in the airline industry, to clearly articulate lessons and solutions to the vitally important topic of patient safety, is refreshing and insightful. Human factors, attitude to risk and creating a just culture are key areas to focus and continually improve on, whatever the industry – but particularly relevant to pharmacy. A GREAT DAYS TRAINING.” - Marc, Chief Pharmacist. Walgreens Boots Alliance

“It’s been a couple of weeks since my team and I attended one of Matt’s sessions, and to say we are still talking about it a few weeks on, is a little bit of an understatement. The whole session was both inspirational and relevant, demonstrating the importance of being your true self at work, and how leaders can change peoples lives for the better. Matt was authentic, passionate and humbling- I would recommend his talks to anyone!” - Brent, Director, Longacre Consulting

“We had the pleasure of inviting Matt to Hyperion during Pride Month to share his incredible story. Matt’s natural ability to connect with his audience along with his energy and positive vibe absolutely captivated our audience with his incredible story. His grit and determination really resonated with so many people in the audience. The presentation that Matt put together really enhanced his speech. It was genuinely one of the most captivating talks I’ve ever been to - thanks Matt!” - Elliott, Executive Assistant

"“I cannot recommend Matt highly enough. He talked to the Close Brothers community about his journey and it resonated incredibly well with all colleagues, not just those from the LQBQT community. His candour and honesty really connected with people, and the ties with wider mental wellness and resilience were incredibly topical given the current pandemic. His humour shone through and it was one of the best received external speakers we have had to date. A thorough recommendation...” - Martyn. Atkinson Group, Chief Operating Officer

"“I was fortunate enough to listen to Matt speak at a recent LGBT diversity and inclusion event. Matt shared his own journey as a gay man growing up and achieving his dream to be a pilot which took him the macho world of the RAF and how throughout this time he kept his sexuality bottled. He was able to thread into this the impact that sustained stress and stressful events can have on your performance and if left unchecked the catastrophic outcomes that can result. He sincerely described how having to hide one’s sexuality is a significant source of sustained stress in one’s life providing a compelling reason why being inclusive is so essential to avoid this unnecessary situation. It also served as a reminder that each and everyone one of us faces stress and stressful situations everyday whether it be about being LGBT, a difficult family situations, illness the list goes on and reminded me how embracing diversity and being supportive of each other is beneficial to our overall well-being.” - Brad, Royal Bank of Canada

Back to 'Peak Performance Speakers'
To book Matt Lindley as the speaker for your corporate event, function or conference, contact The Motivational Speakers Agency using the contact details below:
Enquiry form 0207 0787 876 [email protected]
* 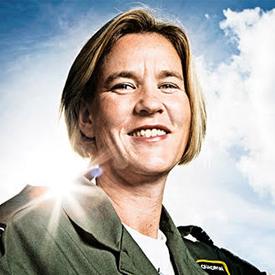 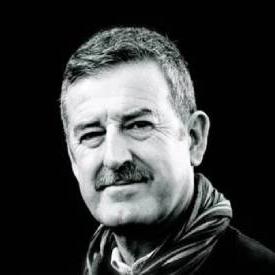 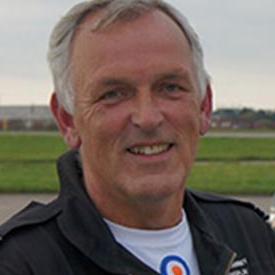