Polish politician and esteemed historian, Bronisław Komorowski is most noted for his influential role as the President of Poland, a position he held for 5 years from 2010 to 2015. As a political speaker, he discusses such topics as world politics and international relations, giving his audience an insight into global affairs.

Born in Oborniki Śląskie to a professor of African Studies at the University of Warsaw, Bronisław also attended the University of Warsaw to study History in 1977. Upon graduating until 1980, he served as an editor for the Słowo Powszechne, a Polish journal. Since Bronisław first participated in politics, he attended democratic movements, using his position as a writer to publish underground content in the monthly Głos.

Between 2000 to 2001, Bronisław was the acting Minister of Defence. Following the death of the former President, he took responsibility as Speaker of the lower house of Parliament in 2010. Following this, Bronisław was the governing Civic Platform party's candidate in the election, a vote that he won mid-2010. On the 6th of August 2010, he took the role of President of Poland, holding the position until 2015.

In response to his political influence, Bronisław has been honoured with a number of national and international honours. Within Poland, he was awarded the Order of the White Eagle and Grand Cross of the Order of Polonia Restituta. Such awards reflect the positive changes he made to the country, and the respect he had gained within Government.

Internationally, from such countries as Sweden, Portugal and France, Bronisław was awarded the Grand Collar of the Order of Prince Henry in 2012, Knight Grand Cross of the Grand Order of King Tomislav in 2013 and National Order of Merit of the Republic of Malta, Two Class in 2009. From Lithuania, Bronisław was given an Honorary doctorate from the Mykolas Romeris University in 2008 and Doctorate honoris causa from the Vytautas Magnus University in 2015.

As a political speaker, he can discuss topics ranging from Brexit to the future of finance. The historian can provide insight from an unbiased, experience and eloquent perspective into the inner workings of international politics. Though elusive, this motivational speaker has the first-hand experience to discuss the processes from inside Government.

Listen to Bronislaw's speech at This World Leaders Forum;

World Politics
International Relations
The European Union
Britain's Exit From The EU
Finance & Futurism
Back to 'Politics Speakers'
To book Bronislaw Komorowski as the speaker for your corporate event, function or conference, contact The Motivational Speakers Agency using the contact details below:
Enquiry form 0207 0787 876 [email protected]
* 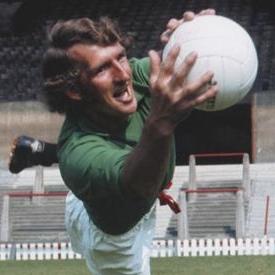