Baron Digby Jones is a leading businessman, famed for his former roles as Director-General of the Confederation of British Industry and Minister of State for Trade and Investment. Elected as a Life Peer in the House of Lords, Digby is also an expert commentator on politics and has shared his views as a Business Ambassador for UK Trade & Investment. Now a popular choice as a speaker for corporate events, Digby is booked to share his expertise on politics, changing businesses and world economies.

Baron Jones of Birmingham, otherwise known as Digby Jones, is a famed businessman who formerly worked as the Minister of State for Trade & Industry and was a crossbencher in the House of Lords until 2020. Also famed for his previous role as the Director-General of the Confederation of British Industry, Digby is a renowned businessman whose expertise has been utilised as a chairman, board member and many more executive roles. Now booked as a speaker, Digby shares his expertise on world economies, business change in the 21st century and ongoing political issues.

Starting his illustrious career working at the lawyer firm Edge & Ellison, Digby spent 20 years with the firm and ultimately became a Senior Partner of Edge & Ellison. He then moved on to join the CBI, originally acting as the West Midlands Regional Council Chairman of the Confederation of British Industry. In 2000, Digby made headlines when he became the first regional chairman to claim the title of Director-General of the Confederation of British Industry. Working with the firm until 2006, Digby then became the Minister of State for Trade and Investment and became a Life Peer in the House of Lords.

Made Baron Jones of Birmingham of Alvechurch and of Bromsgrove in the County of Worcestershire, Digby took his seat in the House of Lords and considered running for Mayor of London. Learning the inner workings of British politics, Digby was also a UK Business Ambassador for UK Trade & Investment and spoke at events such as the UK Independence Party Conference 2013 and introduced George Osbourne before his speech at the Conservative Party Conference 2014. Other prominent roles of Digby’s have included being a Business Advisor to the Duke of York, a Corporate Ambassador for Cancer Research UK, President of the Diversity Works Initiative, Non-Executive Director of Leicester Tigers, Chairman of X-Force and Vice-President of The Birmingham Civic Society.

Avidly supporting charities, Digby has also been a Patron of Lifecycle UK, Ladies Fighting Breast Cancer and Get-A-Head as well as the Vice-President of Birmingham Hospice. Digby has also authored the two books Fixing Britain: The Business of Reshaping Our Nation and Fixing Business: Making Profitable Business Work for the Good of All. With a highly successful career to his name, Digby is now a popular choice as a speaker for corporate events. Communicating effectively to a broad variety of audiences, Digby is an acclaimed business and political commentator and speaks on the world’s economies, political issues and changing businesses in the 21st century. Whether he be sharing the stage with political figures or statesmen and women, Digby Jones is a speaker not to be missed.

"Lord Digby did a superb job with regard to his presentation, as always, and I appreciated the way he involved himself with the delegates afterwards. He made a major contribution to the success of the event" - David, Nisa-Today's (Holdings) Limited

"What can I say: I am a fan. You are informative, personable, entertaining and have a tremendous sense of humour. You captivated the audience here in New York. I received many compliments on your speech, your delivery and your charm" - Bob, Harvey Nash, USA

"The closing keynote by Lord Jones was a huge hit with a whopping score of 9.6 out of 10 on our feedback survey! In my experience delegates are generally tough scorers and rarely give such overwhelmingly high scores" - Helen, Incisive Media

Back to 'Politics Speakers'
To book Digby Jones as the speaker for your corporate event, function or conference, contact The Motivational Speakers Agency using the contact details below:
Enquiry form 0207 0787 876 [email protected]
* 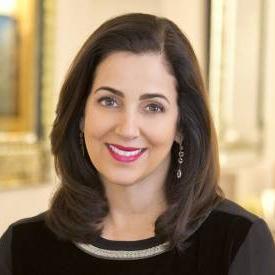