Former Chief Political Correspondent for ITV, Daisy McAndrews is highly regarded as one of Britain’s most prominent broadcasters. Starting her working career as a researcher in the House of Commons, Daisy diversified into broadcasting in 2001.

Joining the BBC in 2003, she soon rose to national prominence. Now a popular choice as a conference facilitator and motivational speaker, Daisy is able to draw upon her knowledge in broadcasting to cover a range of subjects such as economics, finance, futurism, international affairs, politics and the media.

In 2005 Daisy joined ITV News, taking on the role of Chief Political Correspondent and Economic Editor in 2008. Spending a successful seven years with the broadcaster, Daisy covered prominent events from the credit crunch to the recession as well as holding the title of special correspondent. In 2013 she left her role at ITV, now working as a freelance presenter alongside work as a coach, advisor and media trainer. The BBC was also fortunate to have Daisy on their broadcasting team. She was the co-presenter of Daily Politics alongside Andrew Neil and she also presented Yesterday in Parliament during BBC Breakfast. Daisy has also had experience of radio broadcasting, presenting the drive time show for LBC. Other TV credits include The Wright Show, Have I Got News For You? and Despatch Box.

Before her time spent in broadcasting, Daisy worked for 10 years as a conservative researcher. She also devoted her time to writing for a number of publications, in particular The House Magazine where she profiled several MPs. Eventually, Daisy was given the opportunity to act as the Press Secretary for the Liberal Democrat leader Charles Kennedy. Her time spent at Westminster allowed Daisy to nurture her knowledge in politics, whilst building an impeccable communicative skillset.

A patron of St John’s Hospice, an active supporter of Crisis and a trustee of Internews Europe, it is clear that Daisy’s career in broadcasting has nurtured an interest in supporting important causes worldwide. With the skillset developed from broadcasting, Daisy is a confident conference facilitator, comfortable to deliver knowledge and advice in the face of a large audience. Well informed in political and economic issues, Daisy is also able to deliver an adept keynote pivotal to such subjects. An impeccable advisor and comprehensive communicator, Daisy is often called upon as a leading industry professional offering advice to executives and employees countrywide.

Back to 'Conference Facilitators & Hosts'

To book Daisy McAndrew as the speaker for your corporate event, function or conference, contact The Motivational Speakers Agency using the contact details below: 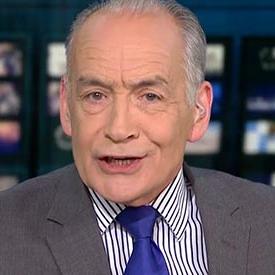