Martin Roberts has established a household name as a television presenter and personality. Best known for presenting shows such as Homes Under the Hammer, Martin is highly sought as a celebrity to host events and has previously worked with the National Landlords Association and the Lincolnshire Chamber of Commerce.

Martin Roberts is a famous face that has been seen across British television. Widely recognised as a property expert on Homes Under the Hammer, Martin has forged a successful career as a television presenter for the BBC and ITV. Today, he is highly sought for celebrity appearances or to host events for top organisations, with previous clients including the likes of Make A Wish Foundation, Atlantic Chambers and Lincolnshire Chamber of Commerce.

Martin first had a taste for the limelight of broadcasting as a DJ on Ramair, the radio station of the University of Bradford. He later joined BBC Radio Manchester in the 1980s, before beginning work as a property developer in the 1990s. Before long, Martin became a presenter of Homes Under the Hammer, working alongside other presenters Martel Maxwell and Lucy Alexander. Since appearing on Homes Under the Hammer, Martin has entertained the British public on several other well-loved programmes.

He has since appeared on shows such as Put Your Money Where Your Mouth Is, How To Survive The Property Crisis, Wish You Were Here…?, Ready Steady Cook, Celebrity Masterchef and The One Show. Martin has also participated in the game shows Hole In The Wall and Pointless. In 2016 Martin took to the screens once more as a contestant on I’m A Celebrity… Get Me Out Of Here!, lasting 15 days in the camp before being eliminated to finish in sixth place. Martin has also contributed to radio throughout his career, having previously acted as the BBCs Overseas Property Expert. He has also regularly guest presented for shows such as The Jeremy Vine Show and is the host of Home Rule With Martin Roberts. He has also authored several books, including the titles of Teach Yourself Making Money From Property and The Property Auction Guide.

With a credible radio and television career under his belt, Martin Roberts is now highly sought as a celebrity to appear at events and to host corporate conferences. With over 30 years’ experience on TV and radio, Martin is confident in commanding an audience and makes for a perfect event host. He has worked with a plethora of different clients ranging from the National Landlords Association to Weston Hospice Care. A personable and enthusiastic individual, Martin is guaranteed to be the perfect choice for an event host at a range of corporate events.

"The event was a great success and Martin did a fantastic job. Martin worked the room well and managed a somewhat lively audience when needed! He was really helpful with keeping the event on track and having to ad/lib improvise when needed. Very popular with the ladies in the audience!" - Nicola, Lincolnshire Chamber of Commerce

"The training has changed my life beyond all recognition. I'm now effectively a lady of leisure. i invest in property as and when i want to. I've set up a lettings business which I've now sold on and i now spend time doing things in life i want to rather than having to go to work to earn money." - Student Review

"Just a brief note to thank you again for the excellent job you did in moderating this event and indeed helping make it the best yet – ‘excellent’ was also how the vast majority of the delegates rated you on their feed-back forms. You did a great job linking all the presentations using both gravitas and humour. You also got the panel session buzzing which I suspect we could have run for another hour without losing the momentum. I look forward to working with you next year." - David Hewett, ARMA

"I would like to extend our most grateful thanks to you for being the auctioneer at our Summer Ball held at Blenheim Palace last weekend. It was a wonderful evening and I am delighted to tell you we raised over £100,000. We could not have done this without your skills, so thank you so much!" - Laura Coates, Make A Wish Foundation

"Your recent presentation on the current state of the UK property market to the lawyers, barristers and judges attending our annual conference was extremely well received. You struck the perfect balance between up to date information and analysis, and a light hearted overview of the situation as you see it ‘at the coalface’. I have heard nothing but positive comments in the days following you’re appearance." - Graham Sellers, Atlantic Chambers

"Martin recently hosted the Thames Hospicecare Summer Charity Ball. He was also our fantastic Auctioneer for the night and managed to raise a huge amount of money for us through his charm and technique.!! In total, our profit on the night currently stands at a massive £10,000. This was largely down to Martin by doing such a fantastic job on the auction!. He is a very charming, warm person, who was so keen to help us, and his presence at the event made it all the more special." - Claire Sugg, Thames Hospicecare

Back to 'Conference Facilitators & Hosts'

To book Martin Roberts as the speaker for your corporate event, function or conference, contact The Motivational Speakers Agency using the contact details below: 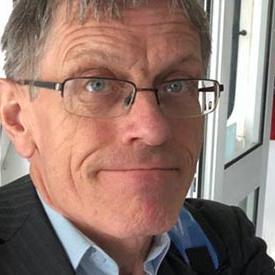 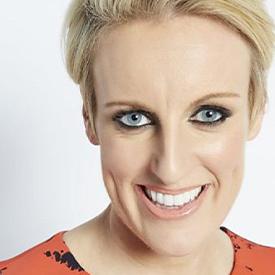