Former international rugby player, Gareth Thomas is known for gaining 100 caps for the Wales national side and for being the first openly gay rugby union player. Having battled mental and physical health challenges, Gareth is now an advocate for greater support with mental health and champions the LGBT+ community.

Record-breaking former rugby player, Gareth Thomas is one of the most recognisable figures to come from the sport thanks to his achievements both on and off the pitch. Outside of the game, Gareth has become an icon for diversity in sports, thanks to his work as an LGBT+ and mental health advocate. Voted as the Most Influential Gay Person in the UK on The Independent on Sunday’s Pink List 2010, Gareth has brought much-needed attention to issues surrounding the male-dominated sport. As a speaker, Gareth expands on his experiences as a top-class rugby player and an HIV positive celebrity, empowering others to embrace their true selves and destigmatise mental health.

Best known for his rugby achievements, Gareth was an integral part of the Wales national team from 1995 until 2007. Throughout his career, Gareth repeatedly set and broke records, from being one of only seven players to score four tries in one match to remaining the third-highest try scorer for wales, over a decade after his retirement, Gareth dominated the pitch as a player. Overall, he gained 100 caps for Wales and was named captain in the 2007 Six Nations. Equally impressive in his club career, Gareth represented a number of teams including Bridgend, Cardiff RFC and Cardiff Blues. For a period of three years, Gareth played for the French side, Toulouse and led them to win the Heineken Cup in 2005, a highlight of his playing days.

Despite such success on the pitch, Gareth battled his own demons, plagued by the secret of his sexuality. Coming out to the world as gay in 2009, Gareth was the first openly gay rugby union player and was later nominated as Stonewall’s Hero of the Year in 2010 for his bravery. However, having lived with such a secret for the duration of his life and marriage, Gareth struggled with his mental health and was led to depression and feel suicidal. In 2019 he announced he was HIV positive, in doing so raised essential awareness for the disease amongst men. Since, Gareth has been an active advocate for greater mental health and sexual health support, using his platform to challenge the taboo surrounding the subjects.

Most recently, Gareth has remained a prominent sporting figure and regular media personality, appearing on celebrity specials like Celebrity Big Brother and Dancing on Ice, as well as being the subject of the BBC’s Gareth Thomas: HIV and Me. Detailing his personal journey to happiness and health, Gareth published his autobiography, Proud, and is a sought after speaker on the circuit, booked to discuss diversity, mental health, inclusion and acceptance.

Watch Gareth share his story on Ellen:
Gareth discusses his HIV status and the importance of raising awareness:

"It was great! Very well received and we got some great feedback... a small selection of comments are below. 'Very honest and an inspiration', 'What an incredible man', 'Gareth, this is the second time I have heard you speak. Inspirational', 'As an English rugby fan I hated seeing you on the field, as a Lions fan, I loved seeing you on the field. As a human being, you have truly humbled me today. Thank you', 'A legend on and off the field. Thanks, Gareth', 'Always been impressed with Gareth as a rugby player but this takes it all to a completely new level' and 'We should surround ourselves with more Gareths!'. " - Theresa, Manager of Global Privacy Office, Crawford & Company

"Just to say a huge thank you! The session went perfectly and the feedback I’ve had so far has been great. Appreciate all your time prepping for the session" - Ben, Pepsico

"I just want to thank you for helping organise the talk with Gareth. It was incredible. He spoke with such honesty and you could clearly tell it was the real him. It’s the best turn out we’ve had for a talk as well and the feedback has been amazing. Please do send on our thanks to Gareth – we would love to have him back!" -  Rowena, Canopius

"I would like to add my personal thanks to Gareth for his openness and for helping to move the dial on D&I in BP considerably. It was an honour to be on the call with him" - Neil, BP

"The speech from Gareth went fantastically well and he responded to the questions brilliantly and there were plenty. He is such a lovely and warm person considering his life success and stardom. It was a real pleasure to be able to meet him. Thank you for all your assistance with arranging Gareth’s attendance, it made our conference really special and made all the stress in the preparation worth it." – Tracy Ceraldi, KeolisAmey Docklands Ltd

"It really was an amazing event, you guys and the BRG are amazing, impressive and courageous. Both Kellie and Gareth were so open and honest, we are really privileged to have had them visit the office and share. Thank you so much." – CMAS

"The event was a resounding success and Gareth Thomas was absolutely amazing. Professional, accommodating, attention to detail and incredible fun. It is by far the best event that I have hosted so far. Gareth did not disappoint in any way whatsoever. All my guests are still raving about the event and “Alfie” this morning." - Loredana Williams, IWC

"My own personal take away was Gareth describing ‘how faster you can run, how higher you can jump’ when the burden had been lifted after he came out." – CMAS

We all very much appreciated his kindness and honesty in sharing his journey with us.  Gareth was a huge hit and we have received nothing but positive feedback about the evening from clients and staff alike." – Stephenson Howard Law Firm

"Wow, wow, wow !!  My favourite so far.  Gareth was truly inspirational, made us laugh and cry.  We have never had a speaker receive such a long round of applause before. Everyone was talking about it afterwards. Thank you very much for another great speaker, look forward to working with you again very soon." – UHY Hacker Young

"I thought I would just let you know that our event was a huge success! Gareth was a fantastic speaker and an all-round lovely guy. The feedback from my colleagues was all very positive, one even said that he was the best speaker we have ever had! Now the challenge is to find someone just as good for our November event!" - Cleo Phillips, PGIM Real Estate

"Gareth was amazing yesterday, such a lovely friendly guy, and his talk was extremely emotional and powerful. We have had some fantastic feedback. Please pass on my thanks to Gareth, it was great to have him here taking part in our Pride events for 2019." – Jennie, Shop Direct

"The event was really well received, with lots of positive comments from colleagues who attended. As I said in my voicemail, Gareth is truly inspirational – so humble and honest. His story was incredibly moving and we really enjoyed being able to speak to him today. We would like to say a big thank you again!" – Louise, Clifford Chance

Voted as Stonewall’s Hero of the Year in 2010

Honoured with a CBE in 2020 for Services to Sport & Health

Published his autobiography, Proud in 2015

Back to 'Rugby Speakers'
To book Gareth Thomas as the speaker for your corporate event, function or conference, contact The Motivational Speakers Agency using the contact details below:
Enquiry form 0207 0787 876 [email protected]
* 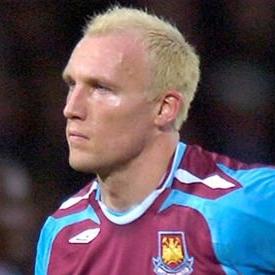