Frederik Eklund is a high-flying broker for luxury firm Douglas Elliman, sitting at the helm of real estate in America. An exclusive estate agent serving the stars, such as the likes of Sara Jessica Parker and Jenifer Lopez, Fredrik has built extensive knowledge of sales, consumer behaviour and trends. A highly sought sales speaker, Fredrik is an energetic speaker and inspires audiences with his tales of how he has closed over two billion dollars’ worth of sales in real estate.

Born in Sweden, Frederik had his first experience of bustling America as a foreign exchange student. In his early career, Fredrik worked on the newspaper Finanstidningen before founding his own internet company and working at SEB investment bank. This varied start allowed Fredrik to hone his skills as a businessman, gaining knowledge of finance, banking and business management before he was 25. Fredrik then moved to New York where he joined the world of real estate and began selling property to the stars.

Fredrik currently works as a top broker for the firm Douglas Elliman, selling property to A list stars, including the likes of Jenifer Lopez. Since becoming an estate agent, Fredrik has closed an impressive two billion dollars’ worth of sales and is also coined the Top Luxury Broker in New York City. Famed for his energetic approach, Fredrik was able to secure a record sales number of 28 buildings in Manhattan. During his time at Douglas Elliman, Frederik has not only impressed with his astounding sales figures and understanding of consumer needs, but he has also pioneered management at the firm. He founded one of the top-producing teams at the firm, spearheading over 5000 agents across the East Coast in 85 different offices.

He is not only a pivotal figure of real estate in America, Frederik has also played a prominent role in Scandinavian real estate. Fredrik is famed as the founder of Eklund Stockholm New York, Scandinavia’s top high-end real estate company, boasting $1 billion in sales, a testament to Fredrik’s prowess as a business leader. Alongside his career as a broker, Fredrik has also spent his time in the television limelight. He has appeared on the BRAVO show Million Dollar Listing New York and Fox’s Page Six. Fredrik has also authored The Sell: The Secrets of Selling Anything to Anyone, which was a New York Times Bestseller, and appeared on the pages of GQ.

Other prominent roles Fredrik has held include Managing Director for CORE Group Marketing and a member of the Real Estate Board of New York. Continually building his credible reputation in real estate, Fredrik continues to impress with his sales figures and understanding of what his clients want. Described to be honest and charming, Fredrik has built a substantial following and is a sensation across social media platforms. Now highly sought as a public speaker, Fredrik is called upon to share his expertise in sales backed by his experience of high-flying, fast-paced real estate of New York City. A passionate and engaging speaker, Fredrik Eklund is the perfect sales speaker for your next event.

Fredrik Eklund is a top Broker for Douglas Elliman and an icon of real estate. Here he is in an interview with CNBC discussing the impact of Brexit on the USA.
Here Fredrik is discussing his new book 'The Sell' on The Wendy Williams Show

"The number one trait I always looked for when I was hiring someone for my company and what I look for now when I'm investing in entrepreneurs on Shark Tank is passion, a need to succeed. Someone who'd rather die than not be the best. That's Fredrik, and after reading this book, that will be you, too"- Barbara, Founder of The Corcoran Group

"Frederik is one of the most fun and talented people in real estate sales today. He always delivered with undeniable charisma and this book is no exception"- Ivanka Trump

"Fredrik could sell ice to an Eskimo. I can't do a high kick, but I'm excited to learn his other tricks!"- Andy Cohen

Everyone is in Sales

The Sell: The Secrets of Selling Anything to Anyone

To book Fredrik Eklund as the speaker for your corporate event, function or conference, contact The Motivational Speakers Agency using the contact details below: 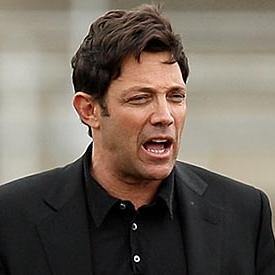 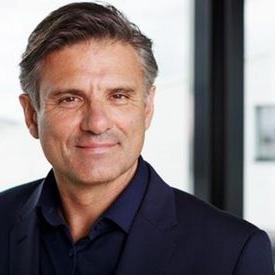 Jeremy Schwartz Former CEO of The Body Shop, Pandora and MD of L'Oreal 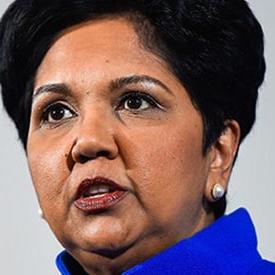