Software engineer and entrepreneur, Mike Krieger is famed for co-founding the social media giant, Instagram. Founding one of the most popular social media platforms of modern-day, Mike is an expert in the future of technology and a reputable speaker providing tailored expertise to a range of corporate clients.

Mike began his journey in the world of technology and innovation at Stanford University in 2004. He obtained an MS and a BS in Symbolic Systems, statistical and rule-based computing linguistics, during which he met Kevin Systrom. Little did he know back then that he and Kevin would become the famed duo who founded Instagram. Initially inspired with the idea of creating a check-in platform, the pair founded Instagram in 2010 before making it exclusively for pictures. Over the next eight years, Kevin and Mike developed the platform, continually working to improve the user experience. Kevin worked tirelessly on the engineering of the site, incorporating new trends and technologies as the years passed. Eventually, Instagram was purchased by tech giant Facebook in 2018, fetching an astounding price of $1 billion.

Before the days of Instagram, Mike worked for a number of other big brands. In 2006 he was appointed as a Program Manager Intern at Microsoft. At Microsoft Mike was a pivotal figure in the implementation and polishing of various features across the programmes PowerPoint and OfficeArt. In particular, he worked with the accessibility of the programmes, such as importing pictures from computer albums. Mike then accepted another intern role at Foxmarks Inc, this time working on developing features of search engines.

In 2006 he was appointed as an Advising Fellow of the Symbolic Systems Program. In this role, he worked to organise a series of events and presentations for students at Stanford University. Having previously studied the course himself, Mike was able to utilise his knowledge of cognitive science, psychology, computer science and linguistics. In 2009 Mike was appointed as User Experience Designer and Engineer at Meebo Inc. Highly regarded in the world of technology, Mike is able to deliver revered expertise as a public speaker. Throughout his career, he has cumulated experience of a range of technologies and seen how they have developed and improved over time. Entrepreneurial by nature, Mike has had a huge impact on the world of technology and without him, we may not have one of the world’s favourite social media platforms.

Co-founder of Instagram, Mike Krieger discusses how the concept of Instagram was formulated and how it has conquered the world of social media.
Interview with Mike

"Türkiye Innovation Week” has been hosted by Turkish Exporters Assembly since 2012 under the cover of President Mr. Recep Tayyip ERDOĞAN with the contributions of Ministry of Trade. The 8th event was held between December 25-26, 2020 with the participation of speakers close to 100. We would like to express our sincere appreciation to you for sharing with us your valuable experience and deep knowledge at “Türkiye Innovation Week ". - Mr. İsmail GÜLLE, Chairman

Back to 'Technology Speakers'
To book Mike Krieger as the speaker for your corporate event, function or conference, contact The Motivational Speakers Agency using the contact details below:
Enquiry form 0207 0787 876 [email protected]
* 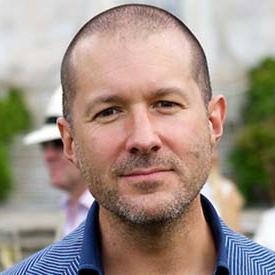