Billie Jean King is widely known as a legendary former tennis player. Finishing her career with 39 Grand Slam titles, Billie is still an icon of the sporting world today and was formerly ranked World no.1. One of the first prominent professional females to come out, Billie is also an advocate for LGBT rights and also pushes the importance of social justice and gender equality. As a speaker, Billie is sought to cover the successes and failures of her professional sporting career, as well as her advocacy for various topical subjects.

Beginning to compete in 1959, Billie Jean King has possessed a talent for tennis since she was a child. Since making her first Grand Slam debut aged just 15 at the 1959 US Championships, Billie since went on to claim 39 Grand Slam titles. Continually wowing the crowds with her agile sporting ability, Billie has left her mark and was ultimately ranked as World no.1 professional tennis player. Billie is widely regarded for pioneering gender equality within tennis, campaigning for equal prize money and acting as a prominent member of Virginia Slims the first professional women’s tennis tour.

Continually making her mark in the history of the sporting world, Billie is widely regarded for paving the way for future female tennis players. Back in 1973, Billie became the first President of the Women’s Tennis Association, and a year later founded womenSports Magazine and the Women’s Sports Foundation with her former husband Larry King. One of Billie’s most prominent wins is her victory at the Battle of the Sexes exhibition match. Bobby Riggs was Billie’s opponent, who had previously declared that women’s tennis was inferior to men’s and that he could beat top female players. Billie challenged Bobby back in 1973, ultimately finishing victorious and claiming a prize money total of $100,000.

By the end of her professional career, Billie had claimed an impressive 129 singles titles and set a record 20 career titles at the prestigious Wimbledon. She was also fortunate to play in the Federation Cup, acting as the United States captain and part of the winning team seven times. She has claimed countless awards and recognition for her talent. Prominent awards she has won include 2018 BBC Sports Personality of the Year Lifetime Achievement Award, 2003 Phillipe Chatrier Award and 2007 Sunday Times Sports Women of the Year Lifetime Achievement Award. She has also been recognised as the 1967 Associated Press Female Athlete of the Year and named as Sports Illustrated 1972 Sportsman of the Year, making history as the first tennis player to receive this award. Billie has also received the 1999 Arthur Ashe Courage Award and has been given the Presidential Medal of Freedom by Barack Obama.

Throughout her life, Billie has struggled with her sexuality and is now openly gay living with her partner Ilana Kloss. However, Billie was initially married to Larry King and feared coming out as a homosexual due to her parents being homophobic. As a result of the struggles she faced, Billie now uses her personal experiences to advocate LGBT rights and help others who may be struggling to find their identity. She is also a prevalent advocate for gender equality and social justice, a key motivator throughout her illustrious tennis career and in her proficiency as a public speaker.

Now a highly sought public speaker, Billie has entertained corporate audiences across a broad variety of sectors. She has addressed crowds at TED events and engaged budding future generations at Northwestern University and the University of San Francisco. Covering the course of her illustrious professional tennis career, Billie is also sought to passionately cover topics surrounding LGBT, diversity and inclusion. An influential figure with an inspiring tale to tell, Billie Jean King is the perfect speaker for your next event.

Billie Jean King is a legendary former tennis player. Watch her deliver a TED talk on how she paved the way for women in sport.

"The depth of what [Billie Jean King] accomplished as a player and activist makes choosing one singular milestone impossible. Cumulatively, there have been few who have had a greater impact on their sport than King... There are two intertwined facets of King’s career – what she accomplished on the court as the third winningest female player in major tournament history and how her single-minded determination provided equal footing for not just women’s tennis players, but all women’s professional athletes"- International Tennis Hall of Fame

Pressure is a Privilege

2011- Inducted into the Southern California Tennis Hall of Fame

2009- Awarded the Presidential Medal of Freedom by Barack Obama

2006- Inducted into the California Hall of Fame

1987- Inducted into the International Tennis Hall of Fame

1972- Named as Sports Illustrated Sportsman of the Year, the first tennis player to win this

Back to 'Tennis Speakers'

To book Billie Jean King as the speaker for your corporate event, function or conference, contact The Motivational Speakers Agency using the contact details below: 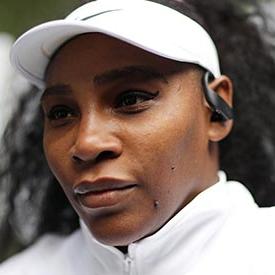