American former tennis professional, James Blake has become a regular on the after-dinner speaker circuit and has proved a popular choice as a tennis speaker. Amongst his many accomplishments as a tennis pro, aged just 21, Blake made his Davis Cup debut and became only the third African-American man to play for the USA.

Following some success in his initial 3 years as a professional, in 2004 Blake’s career came to a devastatingly unexpected halt. After a freak accident on the court, Blake was left with a fractured vertebra in his neck and shattered dreams to boot. James' recovery and the story of his return to form makes him one of the most compelling tennis speakers on the after-dinner speaker circuit.

Proving to be a true sportsman through and through, Blake demonstrated commendable determination and strength of character, which subsequently saw him return to the court against the odds, as a wild card in the 2005 US Open, where the tennis star reached the Quarter Finals, his best-ever Grand Slam finish. His ranking also benefited and he finished the year as 25 in the World. Blake’s tale of overcoming adversity and determination to regain peak performance make him one of the most desirable motivational speakers, inspiring others to make a change in their own lives.

Having defeated tennis legends such as Lleyton Hewitt and Rafael Nadal, Blake became the first African-American man since Arthur Ashe to rank in the top ten with his highest career ranking World No. 4. He also reached 24 singles finals during his impressive career. Blake went on to represent his country in the 2008 Beijing Olympic Games, where he obtained one of the greatest wins of his tennis career with a first-ever victory over a legendary competitor, Roger Federer.

Deservedly recognised as one of the greats of his generation, Blake has been high in demand for guest television appearances, including; The Oprah Winfrey Show, 60 Minutes and The Late Show with David Letterman. Proving to be as pleasing on the eye as he is on the court, Blake was crowned the "sexiest athlete" by People magazine and has become a popular favourite with a vast number of publications, such as Sports Illustrated, Vogue, O Magazine, Boston Globe, Deuce Magazine, Ocean Drive, GQ Magazine, People Magazine, US Magazine, New York Times, USA Today, Tennis Magazine and Tennis Week among others. Founder of the James Blake Foundation, James has also invested time and money to help with the fight against cancer.

In 2007, James released an autobiography Breaking Back: How I Lost Everything and Won Back My Life, which addressed his admirable comeback after injury. The book debuted at Number 22 on the New York Times Best Seller list. As a winner both on and off the court, James Blake's story of triumph over adversity is guaranteed to motivate and inspire any audience. With a real-life tale of triumph over tragedy, Blake lends himself perfectly as an after-dinner speaker and sports speaker for any event or conference.

The sportsman delivers his story with passion and pride while commanding the room with his natural presence and charisma. Addressing topics, such as peak performance and overcoming adversity, Blake generously offers the audience anecdotes of inspiration. Although the sportsman makes an excellent motivational speaker, Blake is equally adept as an event host, so whatever the occasion you can rest assured in the knowledge that your event or conference will be a winner! 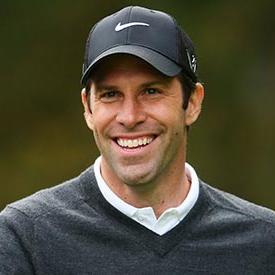