Highest ranked female British tennis player, Johanna Konta is the first Briton to be ranked amongst the WTA's top ten in over 30 years.

Leading professional tennis player, Johanna Konta is one of the most impressive female tennis players of the modern era. She is the current British number one and has ranked as high as World number 4 in the World rankings. A winner of multiple WTA and ITF titles, Johanna has proved herself to be a formidable force behind the racket.

Johanna Konta burst into the professional tennis world in 2008 at just aged 17. The young Konta quickly made an impact on the court, after winning her first professional singles title in May 2008. By 2009, she rose from 668 to 360 in the world rankings and in 2012 she took part in her first WTA tours and Grand Slam events. She received a main-draw wild card to the home of British tennis, Wimbledon, in 2012, leaving a real impact on audiences and tennis professionals all around the world. This was only the beginning of her incredible career that eventually led to her becoming the Female British No.1 and one of the highest ranking female tennis players in the world.

During the course of her monumental career, Johanna has won over eleven singles and four doubles titles on the ITF Women’s Circuit, reached the semi-finals of the Australian Open, French Open and Wimbledon, as well as reaching the quater-finals of the US Open and the 2016 Olympic Games.

Within the 10 years of her turning professional, Johanna has worked her way up to compete against the very best in the international tennis world. Her impressive career continues to grow, and has proven that she has the skills, talent and aptitude to continuously succeed. Thus, making her an ideal guest to feature at events, award ceremonies, conferences and corporate functions. 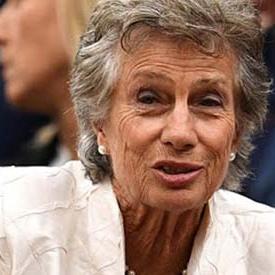