Otherwise known as "mother of the highly successful tennis player, Andy Murray", Judy Murray OBE has made a name for herself as a tennis expert. The British tennis coach for Scotland, she coaches the sporting stars of the future, inspiring such skills as determination, resilience and peak performance. As a motivational speaker, she expands upon her coaching to offer her audience tried and tested methods for success.

Scottish tennis coach and motivational speaker, Judy Murray OBE, is no stranger to cultivating success in others. The mother of Andy and Jamie Murray, two incredibly successful tennis players, Judy is an expert in inspiring greatness in others. As a motivational speaker, she discusses her experience of tennis growing up, from playing outside in the summer to Badminton in the winter because there was no outside tennis court. In her personal sporting career, Judy earned over 60 titles before retiring to study French and Business Studies at the University of Edinburgh, graduating in 1981. Judy was famed for her calculated, quick thinking playing style, easily outwitting her competition.

After representing Great Britain at the 1981 World Students Games, Judy turned her talent to coaching her sons. Once she established a foundation of skill, Andy and Jamie transferred to a professional coach - but their mother was never too far away, on the sidelines offering inspiring and supportive comments. Judy continues to coach future tennis champions, at both regional and national level.

As a testament to her coaching ability, Judy was chosen to lead the British Fed Cup team as their captain. Judy flourished in this role, but she also had another incentive - to raise awareness of female coaches. Commonly unrepresented, Judy tackled sexism in sports head-on by proving that female tennis coaches are just as capable as male coaches.

In recognition of her contribution to tennis, female empowerment and charity fundraising, Judy was appointed OBE in 2017. An advocate for the power of sport, she founded the Judy Murray Foundation, a charity that improves the opportunities for tennis in Scotland. As a speaker, Judy is an expert in high-performance teams so can motivate positive workplace culture for her audiences. 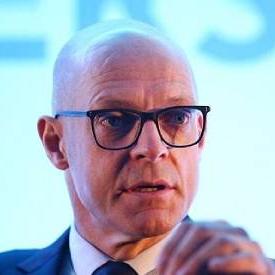