Jerry L. Ross is a former astronaut, educator and author that holds the world record for the number of times launched into space. Jerry is keen to share his experience and knowledge to inspire and motivate others to get into scientific topics.

Former United States Air Force officer and astronaut, Jerry L Ross is best known for being the first person in history to be launched into space seven times. He is also an inductee of the Purdue University Air Force ROTC Hall of Fame.

After graduating from Purdue University in 1972, Jerry joined the U.S. Air Force. During his impressive career, Jerry has flown more than 20 different types of aircraft and was involved in the development and creation of the facilities, tools, techniques, and training needed to construct the International Space Station.

An individual that has reached the pinnacle of his career, Jerry is the only three-time recipient of the American Astronautical Society’s Victor A. Prather Award and the only four-time recipient of the Society’s Flight Achievement Award. With a long list of accolades to his name, the most prominent include, the National Intelligence Medal of Achievement and the Air Force Legion of Merit.

After retiring from NASA in 2002, Jerry went on to become a highly regarded expert in his field and international speaker for conferences, events and functions all around the world. Aiming to inspire the next generation, Jerry discusses topics that relate to space science, innovation and technology and motivation. 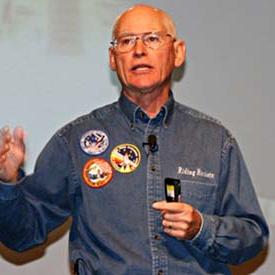 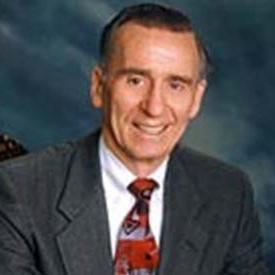