James Caan is best known as a businessman, who appeared as one of the investor ‘Dragons’ on Dragons' Den. Chairman of the Start Up Loans Scheme and founding CEO of Hamilton Bradshaw, James is an expert in business leadership and is now sought frequently as a public speaker for corporate events. As a speaker he is booked to speak on scaling up businesses and to motivate staff.

Passionate businessman and entrepreneur, James Caan has become a famous face of British business and television. From founding his own businesses to investing in start-ups, James has left his mark on the business sector and is considered a role model to many. A famous face of British television, James is most recognised for the time he spent as an investor on Dragons' Den. He is also well known as the founder of Alexander Mann and founding CEO of Hamilton Bradshaw. An avid businessman, James is now considered to be one of the most successful entrepreneurs in the UK and acts as the Chairman of the Start-Up Loans Scheme. James is also the founder of the James Caan Foundation, his charity that aims to help development, education and entrepreneurship. Today, James is booked frequently as a speaker for corporate events with previous clients including the likes of Samsung, Google and Santander, major blue-chip companies.

Initially, James seemed an unlikely entrepreneur, failing to excel in education. After completing an Advanced Management Program at Harvard Business School, James found work as a door to door salesman. Before long, James came to the realisation that he wanted to own his own business and founded Alexander Mann in the 1980s. Igniting his entrepreneurial passion, James later co-founded Humana International and the magazine Recruitment International. Building his experience of business management with such firms, James later founded Hamilton Bradshaw, the private equity firm that he is CEO of today.

James has also launched businesses such as HBRIDA, The Entrepreneurs Business Academy and Hamilton Bradshaw Real Estate and Venture Partners. In his role with the Start-Up Loans Scheme, James has helped support thousands of budding entrepreneurs to make their dreams a reality and he has been highly rewarded for his commitments to the sector. James has previously been awarded Entrepreneur of the Year 2013 and Businessman of the Year 2015 from the British Muslim Awards. He has also been recognised as Chairman of the Year 2013 at the International Business Awards, listed as one of the 100 Most Influential British Entrepreneurs by Richtopia and appointed CBE.

Outside of his businesses and Dragons' Den, James has become a popular choice as a speaker for a range of corporate events. From conferences to interviews and after-dinner speeches, James covers topics of motivating staff, scaling up businesses, leadership and the impact of technology on business. Having previously spoken for the likes of Google and Samsung, James is an accredited speaker who is the perfect choice to motivate better business.

"The audience enjoyed the theme and stories. James covered all the requests from the brief well. Very positive and favourable feedback." - Profile Project Management

"James was world class - exactly what I was looking for." - Dan Bradbury Ltd

"He handled the 'sensitive' issues from our side and handled the audience very well, very professional." - FT Business

Back to 'Leadership Speakers'
To book James Caan as the speaker for your corporate event, function or conference, contact The Motivational Speakers Agency using the contact details below:
Enquiry form 0207 0787 876 [email protected]
* 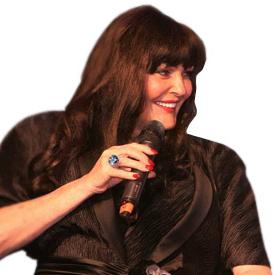