Jean Tomlin is an established businesswoman, who created the foundations of her illustrious career obtaining a BSc in Economics and Social History at Loughborough University. After graduating, Jean joined the Ford Motor Company performing duties in the HR department of their London division. Quickly establishing a talent for human resources, Jean went on to accept several other roles in that profession. In 1986 she was appointed as a Sales and Operations Director for Prudential Assurance, where she worked for a successful 12 years. After working with Prudential Assurance, Jean later accepted roles as HR Director for Egg Plc and was the Group HR Director of Marks and Spencer.

Jean has also been appointed as the Director of HR, Workforce and Accreditation of the London 2012 Olympic Games. Responsible for the Games Maker volunteer programme, Jean successfully orchestrated a workforce of 100,000 contractors, 70,000 volunteers and 8000 paid members of staff as well as delivering a range of strategic plans to make all operations run smoothly. As a result of her proficient tenure during the games, Jean was appointed OBE during the 2013 New Year Honours, credited with the success of the Olympic and Paralympic Games.

Since finishing the role of HR Director for the Olympic Games, Jean has held several non-executive roles. She has formerly worked as a Non-Executive Director of Sainsbury’s, a Non-Executive Director of Hakluyt & Company Limited and an Independent Director of Capri Holdings. Jean’s biggest business venture came onto the horizon back in 2016, founding Chanzo and becoming CEO of the firm. Jean founded Chanzo, formerly Tomlin&Co, to deliver recruitment services to the sporting sector and major events. Passionate to provide operational effectiveness, Jean works alongside Chanzo to help organisations to run at their peak performance. Jean also helps to develop communication, leadership, organisational transformation and also pioneers diversity and inclusion.

Jean has been highly rewarded throughout her career. She has been the recipient of the CIPD’s Outstanding Contribution Award, rewarding her career commitment to Human Resources and has also been bestowed with a Loughborough University Distinguished Alumni Award in 2013. Now a highly sought-after public speaker, Jean is called upon to cover the extensive knowledge she has built through her illustrious career. She can often be found delivering keynotes on organisation cultural change, leadership and organisation effectiveness, amongst various other aspects of a successful business. Passionate and experienced, Jean is the ideal speaker for your next corporate event to inspire budding future business people.

“The audience were moved and inspired, Jean did a great job’” - The Institute for Family Business (UK)

Back to 'Female Business Speakers'
To book Jean Tomlin as the speaker for your corporate event, function or conference, contact The Motivational Speakers Agency using the contact details below:
Enquiry form 0207 0787 876 [email protected]
* 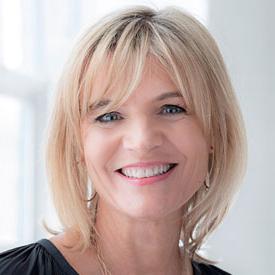