Kevin O’Leary is a renowned businessman and investor, best known for his regular appearances on Shark Tank for ABC. Also the founder and co-founder of several businesses, Kevin has built invaluable experience and is now a popular choice as a speaker for events. As a speaker he is hired to speak on topics such as the cold hard truth, lessons from a Shark, why you should be brutal in business and more.

Revered businessman, entrepreneur and investor, Kevin O’Leary has forged a successful career and also enjoyed the time as a TV personality. Having founded and co-founded many of his own businesses and appeared across CBC and ABC channels, Kevin is now a popular choice as a speaker for corporate events. As a speaker he is sought to tell the lessons he learnt as a Shark on Shark Tank along with various lessons of wisdom that he learnt in his own businesses.

Best known for his talents as a businessman and investor, Kevin O’Leary is a Shark on Shark Tank and the co-founder of SoftKey Software Products. President of the company for over a decade, Kevin learnt invaluable expertise with SoftKey Software Products providing CD-ROM PC software for technologies such as Windows and Macintosh. Ultimately seeing the company brought by Mattel, Kevin has since founded several other businesses including the likes of O’Leary Funds and O’Leary Ventures.

In the early days of his career, Kevin aspired to become a photographer but instead was encouraged to study environmental studies at the University of Waterloo. Graduating with a Bachelor’s degree in Environmental Sciences and Psychology, Kevin later went on to achieve an MBA in Entrepreneurship from the Ivey Business School. Upon finishing his studies, Kevin followed a career in television and founded his first business, as co-founder of Special Event Television. Since founding his first business, Kevin has become a revered entrepreneur and continues to be a leading industry professional.

Kevin first made his appearance as an investor on the Canadian version of Dragons’ Den back in 2006. Building his reputation as a blunt and to-the-point investor, Kevin was later invited to join the cast of the American version of Dragons’ Den, becoming a Shark on Shark Tank in 2009. Kevin has appeared on the show ever since its first broadcast and invested in companies such as GrooveBook and Talbott Teas. Kevin has also been the co-investor and Director of StorageNow Holdings and an Advisory Board member of Genstar Capital.

Having also published the books Cold Hard Truth: On Business, Money and Life, Cold Hard Truth on Men, Women and Money and Cold Hard Truth on Family, Kids and Money, Kevin is now a popular choice as a speaker for a range of corporate and public events. Also the host of O’Leary Live and the Lang & O’Leary Exchange, Kevin is comfortable in the face of a large crowd and commands one with ease. As a speaker, Kevin is booked to speak on his time as a Shark on Shark Tank along with the invaluable business lessons that he learnt throughout his time in business. A consummate professional with detailed business knowledge, Kevin O’Leary is the perfect business management speaker for events.

Back to 'Business Speakers'
To book Kevin O′Leary as the speaker for your corporate event, function or conference, contact The Motivational Speakers Agency using the contact details below:
Enquiry form 0207 0787 876 [email protected]
* 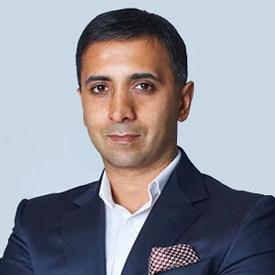