The newest Dragon of BBC One's Dragon's Den, Steven is the founder of Europe’s fastest-growing marketing agency, Social Chain, Steven Bartlett is an incredibly successful young entrepreneur with insights in global media, technology, marketing and brand development. As a highly regarded speaker, Steven aims to inspire generations new and old by helping them overcome their fear around achieving big.

Award-winning entrepreneur and investor Steven Bartlett is the founder and former CEO of the Social Chain Agency. Social Chain Agency grew to become one of Europe’s fastest-growing marketing agencies valued at over £300 million, with over 700 staff and a reputation for leveraging owned media, technology and insights to build brands. Social Chain counted as clients; Apple, Amazon, Coca-Cola, ITV, Superdry and Nokia, with offices across the globe in Manchester, Berlin, London, New York and Bangkok.

Steven and his teams were at the cutting edge of technology, media and business. In 2017 he started a podcast series called The Diary of a CEO which by 2021 became europe's number one business podcast topping the Spotify charts in the process. He won multiple awards including Young Entrepreneur of the Year in 2017 - at the Great British Entrepreneurship Awards (GBEA), Most Influential Agency Figure 2018 and Great British Entrepreneur of the Year 2018. In 2021 Steven was listed in the Forbes 30 under 30 European Media & Marketing Moguls Of Tomorrow.

Steven is also able to speak on topics surrounding racial equality and black history month. Steven's experience as a young black man in Great Britain has meant that he has unfortunately been on the receiving end of racial discrimination during his lifetime - including having his train ticket checked multiple times as inspectors did not believe he belonged in a first class carriage. He was vocal during the global social unrest after the George Floyd incident in 2020 using his platforms to call for people to come together amidst rising racial tensions. He provides a fantastic voice for matters surrounding equality.

Since stepping down as CEO of Social Chain, Steven has focused on his investment career. He is the Creative Director and an investor in Atai Life Sciences - a pioneer in mental health treatment and serves on the board of Huel which is valued at over £200 million as one of Europes' fastest growing e-commerce companies. In 2021, Steven launched several businesses - Flight Story to capitalise on the retail investor community; and the Third Web alongside serial investors Mark Cuban and Gary Vaynerchuk. He also released his first book 'Happy Sexy Millionaire' - which became a Sunday Times Best Seller, and his personal social media following boasts over 2 million followers.

Steven despite his young age is already an accomplished business man, he is a specialist in digital technology and trends, an expert marketer and a vastly experienced speaker. He has delivered speaking engagements for the United Nations, SXSW and TEDx. 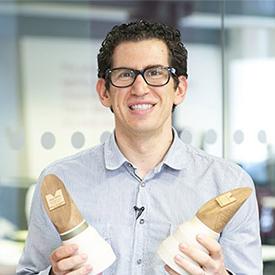