Having enjoyed success as the former Head of Digital Marketing with tech giant Microsoft, Allister has become one of the country’s most sought-after business speakers. The mastermind behind marketing campaigns for Windows Vista, Windows 7 and Microsoft’s I’m A PC campaign, Allister’s unrivalled understanding of digital growth is a delight to behold.

Prior to his involvement with Microsoft, Allister had already enjoyed success with Kimberly-Clark. Functioning as the company’s Marketing Director for almost a decade, Allister played an important role in strengthening the marketing efforts of numerous consumer brands. Making the move to Microsoft in 2007, Allister joined the company as its Group Marketing Communications Lead. Having been given responsibility for brand communications, his success in the role led him to become the company’s Head of Digital Marketing Strategy in 2010.

In the years that followed, Allister fulfilled numerous other positions for various other organisations, including Middlesex University, Hootsuite and Wild Orange Media Ltd. A prominent proponent of digital technologies, Allister has helped companies gain a competitive edge by utilising the latest technologies in their marketing efforts. To date, Allister has utilised his marketing expertise in supporting an array of top corporate clients, including the likes of 3M, Fortis, PWC, Rightmove, Samsung, Worldpay and KIA.

Widely recognised for his business expertise, Allister has a string of prestigious accolades to his name. He has been named UK Digital Marketing Personality of the Year, as well as having won two Lester Wunderman Awards for Outstanding Creative Work and being awarded a Cannes Silver Direct Lion Award for his work with Microsoft.

Making appearances at corporate events and gala dinners of all shapes and sizes, Allister’s expertise has helped to inspire countless professionals on their way towards professional success. No matter which area of business they are active in, Allister’s work as a thought leader has been instrumental in driving the success of many leading businesses.

Having carved out a rewarding career as one of Britain’s top after dinner speakers, Allister’s exciting exploits in the corporate world show no signs of slowing down. Helping to motivate his listeners to step out of their comfort zone and achieve peak performance, his speeches set him apart from other motivational speakers on the circuit. As such, he is the perfect booking for your next event.

"Allister Frost did an excellent job – got the balance right between detail and pace, demonstrated credibility, and was entertaining and thought- provoking." - Roger Siddle, CEO, FIndel Plc

"Allister caught the attention of everyone and kept the pace up beat with an extremely well-prepared talk on how to develop campaigns that hit the sweet spot of Gen Z." - Kristine Christiansen, Marketing Communication Team, Swarovski

"Allister Frost was headline speaker at our Conference. From the feedback, his keynotes were the best. I would recommend Allister Frost as a brilliant speaker for top-level events for CEOs and CMOs." - Oksana Knyazeva, Business School Director, Belarus

"I’m thrilled with the job you did for us in presenting and in responding to so many questions. It was a pleasure to have you there!" - Tracy Sherindan, Event Manager, Global IT Company

Back to 'Marketing & Branding Speakers'
To book Allister Frost as the speaker for your corporate event, function or conference, contact The Motivational Speakers Agency using the contact details below:
Enquiry form 0207 0787 876 [email protected]
* 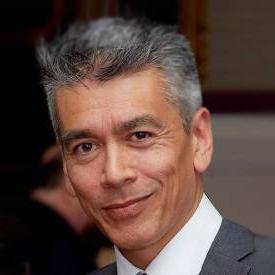 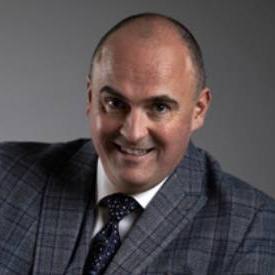