Founding partner of The Global Growth Institute, Wayne Clarke is an expert in the world of delivering strategic growth. Spending the last 20 years helping to improve organisations worldwide, Wayne has leant his expertise to over 700 CEOs and boards across 30 different countries. A highly sought-after speaker, Wayne delivers knowledgeable talks helping people to improve engagement with customers and employees alike.

Wayne initially started in the working world specialising in communications. He joined the firm Deloitte in 1998, working in internal communications. After four years, Wayne joined Celerant Consulting before joining BDO, where he was a pivotal figure in securing the companies ranking of Top 20 in The Sunday Times Best Companies list. Inspired by the achievement, Wayne decided to join the company that created the lists- the Best Companies Partnerships. He acted as the International Partner of the firm, helping countless CEOs to better engage with their employees and communicate their strategic objectives more precisely.

Wayne is best known as the founding partner of The Global Growth Institute. As his knowledge in business management and expansion began to grow, Wayne wanted to be part of a company that helped companies to better themselves. The Global Growth Institute works to do just that, providing “Blueprints for Growth” that individuals, organisations, governments and teams worldwide can use to develop their working force. He has also worked as the Chairman of Sport & Thought. Sport and Thought work alongside adolescents combining sport, theory and psychodynamic thinking to promote change in behaviour and emotions.

In a bid to influence future generations, Wayne also acts as a visiting lecturer at the Cass Business School. He lectures on the Master Programme, helping the future of business leadership through developing an understanding of just how important world-class management is. Wayne is highly regarded as a leading industry authority in the business sector, using his knowledge and experience to credit all of the information that he delivers. He puts this knowledge to use as a regular contributor to the HR Magazine, writing a column titled Global View.

Wayne continues to develop his already credible reputation on a daily basis. He has been recognised by HR Magazine in their 25 Most Influential Thinkers list consecutively for 3 years and is also a JCI Ambassador. As a keynote speaker, Wayne is influential and engaging, enriching audiences with all that he has learnt during his illustrious career. From business management to business growth and personal development, Wayne is able to truly impact and encourage positive change in each and every audience member he delivers to. Having helped over 700 CEOs it is without a doubt that Wayne is revered by corporate clients globally. Eloquent with a charming stage presence, Wayne is perfect for any event big or small.

Here Wayne is discussing the importance of collaboration, how we need to work together and address the world's greatest challenges.

“Wayne is an exceptional visionary. He has great knowledge in the field of creating positive value in bottom line and market reputation, both internal and external of an organisation. His presentation qualities would rival the leading global speakers and he is very inspirational. A great mentor and capable of bringing positive change to any organization.”- Amir, Oil & Gas at Ernst & Young

Improving Engagement- in both customers and employees

Back to 'Business Speakers'
To book Wayne Clarke as the speaker for your corporate event, function or conference, contact The Motivational Speakers Agency using the contact details below:
Enquiry form 0207 0787 876 [email protected]
* 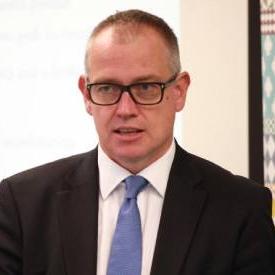 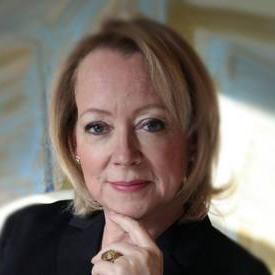