British designer Wayne Hemmingway is famed for co-founding Red or Dead and HemmingwayDesign. A well-known figure in the world of fashion and design, Wayne has also established countless pop-up shops and quirky vintage festivals. As a speaker, Wayne is sought to deliver on the success of his clothing brand along with his advocacy for sustainability and social responsibility.

Wayne Hemmingway first found his passion for fashion whilst studying at university, obtaining an MA in fashion at the University of Surrey. From that point on Wayne began to forge a credible reputation in the world of fashion, beginning with humble origins on the stalls of Camden Market selling clothes from his and his wife Geraldine’s wardrobe. What was once a single market stall bloomed into 16 stalls, before Wayne opened a shop in Kensington where he sold clothes that his wife had made. As the shop began to thrive, Wayne and Geraldine co-founded Red or Dead. Red and Dead immediately flourished, going on to be stocked on the shelves of American department store Macy’s.

As Red or Dead went from strength to strength, Wayne became a respected member of the fashion community. He received popularity after his Red or Dead shop began to sell the famous brand Dr Martens. Revolutionising the fashion market, Wayne turned what was once considered a work-wear boot into a fashion statement. Wayne’s illustrious brand began to claim countless awards, claiming the British Fashion Council’s Street Style Award for three consecutive years in 1995, 1996 and 1997. After many successful years in business, Wayne came to the difficult decision of selling his beloved brand making a deal with Pentland Group in 1998.

After selling Red or Dead, Wayne and Geraldine pursued a new and exciting business venture. Moving away from fashion, the pair co-founded HemmingwayDesign. HemmingwayDesign was founded to provide homes that were both affordable and social design. Since its establishment, HemmingwayDesign has worked on countless high-profile design projects, with Wayne claiming awards such as the 2005 Housing Design Award for Best Large Project and Best Housing-Led Regeneration Project from Building Magazine. Becoming renowned in the world of property design, Wayne’s company was called upon to design countless projects. From building beach pods in Boscombe to the transformation of Dreamland theme park, HemmingwayDesign and Wayne are never stranger to a challenge.

Alongside Red and Dead and HemmingwayDesign, Wayne has also forged a credible reputation in the world of vintage fashion and formerly acted as the Director of The British Fashion Council. Wayne has organised and ran a series of vintage fairs such including the 2011 Vintage Festival at Southbank Centre and the 2013 Vintage Fair in Glasgow. Wayne was also drafted in to design a new uniform for the workers of the London Underground, a testament to his prowess as a designer and icon of the fashion industry.

With previous clients including the likes of Coca Cola, The National Trust, Sony, G Plan and The Caravan Club, it is without a doubt that Wayne is a revered figure within his sector sought by high-profile clients for his years of industry-leading experience. As a speaker, Wayne is sought to cover a wide variety of topics from creating customer delight and brand loyalty to social responsibility, urban design and sustainability. Passionate and captivating, Wayne Hemmingway is the ideal speaker to engage corporate audiences with his tale of humble beginnings to becoming a global selling fashion retailer and renowned designer.

Wayne Hemmingway is famed as the co-founder of Red and Dead. Here he is being interviewed by The Guardian, discussing whether the high-street will survive the closure of major brands.

"Inspiring, brilliant and sharp wit with sensitivity, Wayne spoke from the heart and had so much to say"- Product Design Summit

Using What you Know to Create Customer Delight

The Psychology of Brand Loyalty

Co-founder of Red and Dead

Back to 'Business Speakers'
To book Wayne Hemingway as the speaker for your corporate event, function or conference, contact The Motivational Speakers Agency using the contact details below:
Enquiry form 0207 0787 876 [email protected]
* 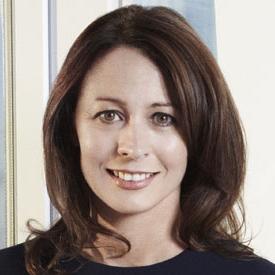 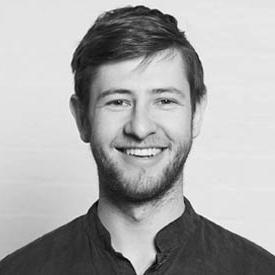