Shaun Wallace is a famed TV personality, best known for appearing as a ‘Chaser’ on ITV’s The Chase. Otherwise known as The Dark Destroyer, Shaun has wowed audiences with his impeccable general knowledge, having also starred on Mastermind, Are You An Egghead?, Beat The Chasers and The Weakest Link. Formerly a Barrister, Shaun is now a popular choice as a speaker for corporate events, having formerly worked as the Black History Month reporter for Good Morning Britain and spoken openly about racism.

Famed TV personality, Shaun Wallace is widely known for his impeccable general knowledge, having appeared as The Dark Destroyer on ITV’s The Chase. Taking on contestants in a battle of quizzing knowledge, Shaun has defeated many contestants with his intricate and detailed knowledge of everything from history and football to geography and literature. A former Barrister, Shaun has worked a diverse career and is now a popular choice to make a celebrity personal appearance at events. He is also booked as a speaker, covering topics such as black history and racism, after appearing in Racism: My Story.

Beginning his career as a Barrister, Shaun was called to the bar performing law at Old Bailey and a variety of magistrates courts across the country. Since first being called to the bar, Shaun has been a member of Farringdon Barristers Chamber, the Jamaican Bar and the Criminal Bar Association. Continuing his law career outside of his television commitments, Shaun is now a Barrister for Great James Street Chambers. Shaun first joined ITV back in 2009, becoming a chaser on the infamous The Chase quiz programme.

Claiming his first major quiz victory when winning Mastermind in 2004, Shaun has since competed on Catchphrase, The Weakest Link, Greed and Fifteen to One. He has also appeared on a variety of The Chase specials, including The Chase: Celebrity Special and The Family Chase. He also starred in Dictionary Corner on Countdown and contributed his elite knowledge to The Chase Australia. Most recently, Shaun has starred on Beat the Chasers, a spin-off of The Chase that sees contestants go head to head with a collection of the Chasers. Boasting a broad-ranging general knowledge, Shaun has also been ranked 286th in the World Quizzing Championships.

In 2020, Shaun was selected to become a Black History Month reporter for Good Morning Britain. Passionate about anti-discrimination and representation, Shaun has also appeared in the Racism: My Story documentary. Now booked as a speaker for a range of corporate events, Shaun is a fantastic choice when looking for a speaker to dismantle stereotypes and promote diversity and inclusion. Whether he be making a celebrity personal appearance or delivering a moving speech, Shaun Wallace is a fantastic addition to a variety of events, with his diverse career making him a unique and interesting event guest.

"Shaun is very charismatic and very good at presenting! His story was really engaging and inspiring and he was really good with the attendees, encouraging them to come on camera and ask questions. We had great feedback... it was a pleasure working with you to make this happen" - Natasha, HM Revenue & Customs

"Shaun and Aston dialled in with no issues and they were both great panellists to have on and gave very great insights to the students" - Paul, Campus Attraction & Engagement Manager, EMEA Student Programs, Amazon

"We really enjoyed having Shaun share his journey and experiences with us on Wednesday. He is an amazing speaker/ story teller and was a great addition to Valtech's Black History Month" - Hannah, Valtech

"Just wanted to say a huge thank you to yourself and Shaun. I've been inundated with so many kind messages about Shaun's talk (even some marriage proposals for Shaun!). He was absolutely brilliant and I can't sing his praises enough for the impact he made on the staff that were on the call. He asked me to update him in a year's time, and I would really like to keep in touch to let him know about the progress we are making. I'm still new in this role and he's given me so much to consider." - Natasha, Diversity, Inclusion and Equity Specialist, Kindred

"It was a wonderful opportunity to have Shaun speak at Chaucer's first-ever Black History Month celebration. In fact, he was our very first guest of the celebration. He was inspiring, knowledgeable and spoke many truths about the history and current position of people of colour in the UK... Overall, we were very happy to have had Shaun as a speaker at our event" - Shirley, Chaucer

"Out students had the best time with Shaun at our All Halls Quiz. He certainly has lots of fans in Leeds and we can't wait to invite him for an in person session soon!" - Jemma, University of Leeds

"We thoroughly enjoyed having Shaun at Chateau Impney.  He is great fun, incredibly approachable and was fantastic with our guests.  We have received nothing but compliments about him and I would have no hesitation in having him back." - Chateau Impney

"At Harrop Fold, we have a very diverse community, and in keeping with Black History month, we were lucky enough to have Shaun Wallace deliver a live broadcast to our entire school. Shaun was everything we as educators look for in speakers, inspirational and resilient. All of our staff and students thoroughly enjoyed what Shaun had to say and would love to welcome him to the school in the future. Thank you, Shaun." - Harrop Fold

"Thanks a million for organising this, it was brilliant." - Rhona, Salesforce

Back to 'Celebrity Personal Appearances'
To book Shaun Wallace as the speaker for your corporate event, function or conference, contact The Motivational Speakers Agency using the contact details below:
Enquiry form 0207 0787 876 [email protected]
* 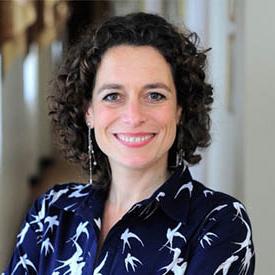 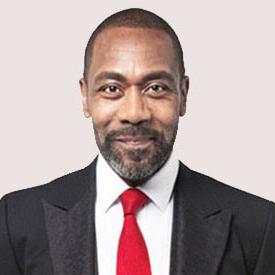