Chris Moon MBE is a former British Army officer with significant experience of landmine-clearing. Armed with astonishing tales of bravery, overcoming the pressure and surviving against all odds, Chris is undoubtedly one of the most engaging, and in-demand inspirational speakers in the world today.

You're unlikely to meet anyone more fortunate to be alive than Chris Moon MBE – the fact that his exploits have been covered in a Discovery documentary entitled, I Shouldn't Be Alive is a testament to the extremity of his personal and professional experiences. Chris left the British Army after three years to work for a charity clearing landmines in Cambodia. Whilst there he was taken hostage by the Khmer Rouge – one of the most brutal terror groups in history – but the release of Chris and his two colleagues were successfully negotiated, saving them from execution.

In 1995, Chris was in an East African minefield working in a supposed safe area when an explosion left Chris for dead. Fortunately, he treated himself in the aftermath of the explosion and despite losing an arm, a leg and a significant amount of blood - he survived. On his arrival in South Africa, doctors said they'd never seen anyone live after losing so much blood.

Chris recovered three or four times faster than was expected and just one year after his terrifying experience, he competed in the London Marathon, raising significant sums to help disabled people in the developing world. He also completed a full-time Masters degree.

Chris went from strength to strength and is believed to be the world's first amputee ultra-distance runner. In 1997, he completed the gruelling Marathon De Sables and since then he has run the world's toughest ultra-marathons – most recently the 135-mile Badwater Death Valley Ultra, where he took 12 hours off his previous best time to complete it in 41 hours 51 minutes. He has completed more than fifteen marathons to date.

Chris was awarded an MBE in recognition of his work in demining and his humanitarian work. He was also given the honour of carrying the Olympic Flame at the Nagano 1998 Winter Olympic Games, holding the torch as he entered the stadium at the opening ceremony. His incredible achievements have been covered across the media, with numerous features in radio and TV shows, magazine articles and in the National press.

Chris Moon MBE talks with passion, humour and authority on how to overcome challenges and adversity, positive thinking, motivation and leadership. A true inspiration, his anecdotes are thought-provoking, shocking, exhilarating and heart-warming.

"Chris brings out key values that contribute to success in any environment." - Royal Bank of Scotland

Back to 'Military Speakers'
To book Chris Moon as the speaker for your corporate event, function or conference, contact The Motivational Speakers Agency using the contact details below:
Enquiry form 0207 0787 876 [email protected]
* 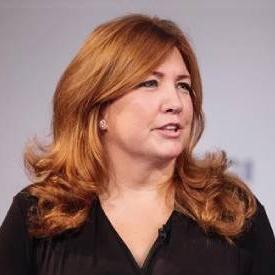