Ashes hero and former England Cricket Captain, Andrew is one of the most creative cricket players in English history. The third captain to ever lead England to home and away Ashes victories, he is a prolific run-scorer reaching the 6,000 runs mark after only 89 tests.

A creative force behind England's resurgence in cricket, Andrew Strauss is one of the most highly-regarded cricket captains in English history. Playing in all formats, Andrew Strauss was an opening batsman who led both his county teams and international side from the front. Not only was he known for his inventive streak behind the crease, but he was also a top-level fielder, especially in the slip.

Strauss made his debut for England in 2003 after displaying good form for his county club, Middlesex. After being drafted in as the twelfth man originally, Strauss' talent was immediately recognised at international level when he starred with 51 in an opening partnership of 146 to put pressure on England's regular opener.

His England debut didn't go to plan though as he was caught and bowled in a poor defeat and left out of the tour's final stages. Injury saw him given more chances though and he responded miraculously, scoring a century on his Test debut at Lord's.

By the time the 2004-05 Ashes came around, Strauss had forged himself an important role in the team. England had not won the Ashes for over 20 years. In the tournament, Strauss notched a batting average of 39.30 and contributed to a number of pivotal moments including two centuries in the series, the only one from either side to do so. He was also responsible for six of England's catches, the highest of any England player except slip fielder, Ian Bell. The team won The Ashes in dramatic fashion and the England squad, including Strauss, were honoured with MBEs.

After a successful stint as part of the England setup, Strauss was promoted to captain in 2009, where he continued the legacy left by his predecessor, Michael Vaughan. Today, Strauss is recognised, behind Vaughan, as the second most successful England cricket captain in modern history.

Strauss led the side to Ashes victory in 2009 before repeating the trick in 2010-11 when he became the first captain since Mike Gatting in 1986-87 to win the Ashes both home and away. Strauss was appointed as the Director of Cricket for the ECBin 2015, before retiring from the role in 2018 to spend time with his family. In this time though, he was able to help pave the way for England's incredibly dramatic 2019 ICC World Cupvictory.

The success he achieved as captain of his country displayed his incredible qualities in teamwork and leadership, making him one of the most in-demand cricket and leadership speakers today. He is also a popular choice for after-dinner events throughout the UK and beyond.

Take a look at Andrew Strauss' interview with Andrew Reed:

“I just wanted to say thank you for your presentation at our management conference and also for staying around for ‘Escape the Box’. It was a really interesting presentation and it certainly reinforced quite a few things for me that I know we’ve not been good at which includes the constant checking/measurement against your strategic objectives. From a personal point of view I was very interested in the ongoing efforts to make sure we are meeting all our targets in advance of next year and the importance of certain measures. I also did a fair amount of checking with our international colleagues during the rest of the day and night and they were all very complimentary and didn’t at all feel a lack of understanding of cricket hindered their enjoyment of your presentation. Thanks again.” - Ross, Perform Group

“Andrew was absolutely outstanding. He did a great job, thanks for all your help.” - Ben, Syntelinc

Back to 'Cricket Speakers'
To book Andrew Strauss as the speaker for your corporate event, function or conference, contact The Motivational Speakers Agency using the contact details below:
Enquiry form 0207 0787 876 [email protected]
* 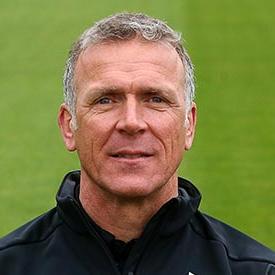