Ronnie Irani is a British cricket speaker and former England cricketer known for his amiable personality and sense of humour; an average Test Match player Ronnie made a name for himself in the One Day Internationals.

Ronnie Irani is a former England cricketer who started his club career at Lancashire CCC, but played most of his career at Essex County Cricket Club, eventually becoming team captain. Internationally, he played only three Tests for England with mixed success but performed far more effectively One Day Internationals.

Ronnie’s most memorable moment on the cricket pitch was not whilst playing, but whilst warming-up; with his back to the Australian audience, Ronnie found himself being copied by fans who found the whole thing hilarious. When he discovered what the fans were doing he intentionally sped up his routine forcing them to try and keep up!

Forced into retirement following a recurring knee injury sustained in 2003, Ronnie Irani now works as a cricket speaker and a guest at sports events; cashing in on his well-received and fondly remembered on-pitch persona, Ronnie makes frequent appearances as a sports speaker at events up and down the UK.

In his speeches, Ronnie discusses not only his own career but the general trends in both modern and contemporary cricket. He has been called upon to comment on many of the One Day International matches on behalf of both radio and television broadcasters.

"I was delighted when Ronnie agreed to be our guests speaker at our Annual Dinner held at the Cricketers Club of London. Ronnie proved to be a wonderful booking as tickets sold so fast. The dinner attendees were made up from a wide age range and all were most keen to hear such a well-known cricketer. Ronnie lived up to his reputation as a highly professional cricketer as well as a most gregarious and amusing individual. He delivered an excellent speech which provided as with a wonderful insight into the world of international and county cricket. His anecdotes, stories and jokes had the audience enraptured. Most impressively he did not rush away after the dinner but stayed to chat in the bar and sign autographs. Grateful thanks to Ronnie for helping to make our dinner such a roaring success." - David Lipop, Chairman, Jack Frost X1

"It was with great pleasure that we at Margam Cricket Club held a Gentlemen's Evening with former cricketers and now radio presenter Ronnie Irani. Having held many such occasions with other sporting celebrities, it was a pleasure without prompting, Ronnie walked around the room prior to the dinner introducing himself and chatting to our guests. When the evening got into full swing, Ronnie was away, regaling us with stories of his many years at the top of international and county cricket. We have received many messages from those present on the evening, thanking us for a most enjoyable evening, I have recommended Ronnie as a speaker for this year's South Wales Cricket Association Dinner." - John Wellington

To book Ronnie Irani as the speaker for your corporate event, function or conference, contact The Motivational Speakers Agency using the contact details below: 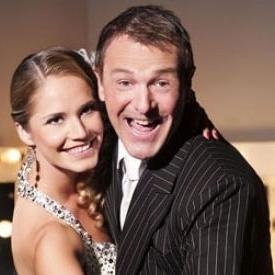 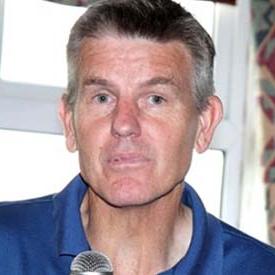