Theresa Payton has become one of the most highly-respected authorities and keynote speakers on cybersecurity, intelligence and fraud. Following sixteen years climbing the ranks in US banking where Theresa became Senior Vice President of Wachovia, and then the Bank of America, she rose to colossal heights in 2006 when she was appointed as the White House Chief Information Officer (CIO).

Theresa was the first woman to take up the position of CIO at the White House and she was stationed at the Executive Office of the President until 2008. It was then that Theresa founded Fortalice Solutions, LLC of one of the world's leading 'team of cybercrime fighters'. The security company, which she still fronts today aims to protect businesses and governments from risk and fraud. Theresa lends her expertise to government and private sector organisations to help them advance their information technology systems.

In 2010, Security Magazine named her one of the Top 25 Most Influential People in Security before Theresa went on to establish yet another industry-leading company. Theresa co-founded cybersecurity company Dark Cubed in 2014 and today she remains one of the biggest, most influential names in the industry. So much so that she became one of the stars of American hit reality TV show, Hunted on CBS in 2017.

Investigators of the show are tasked with capturing pairs of contestants or 'fugitives' (as they are known on the show) over a 28-day period in a 100,000-square-mile region of the US. If they fail, the fugitives take home the $250,000 prize fund. In a show teeming with highly-skilled analysts and investigators, Theresa is one of the shows leading intelligence investigators in the command centre, answering only to FBI Commander Robert W. Clark.

Theresa's visionary leadership throughout her career has seen her become one of the leading players in IT and she has increasingly been elected as a keynote speaker at some of the most intrinsic events covering IT, technology and cybersecurity - as well as acting as a role model and thought-leader for a range of other events. Theresa is one of the most enticing motivational keynote speakers on the circuit, able to offer insight into complex topics on a variety of levels. She can exemplify her experiences and delve into areas of internet security with a refreshing affluence and rich honesty.

Theresa touches on industry secrets, talks of the 'bad guys' and discusses the things you wouldn't have even have guessed. She talks about the past, the present and the future of Information security technology. A truly engaging and forthright speaker, Theresa has the rare ability to be able to captivate an audience of all levels of intellect and aptitude - as well as capture them too!

Listen to Theresa's presentation about behavioural-based analytics and the future of cybercrime; 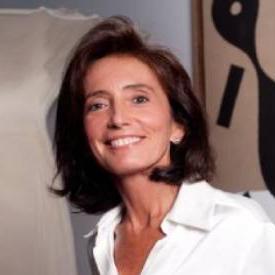