Motivational business speakers are a fantastic way to increase productivity within your company, and this particular speaker one of the best, Alex Hunter was formally known as the global head of online marketing for the Virgin Group.

As well as being head of marketing for the Virgin Group, Alex Hunter tinkered in many other industries and ran many other successful marketing campaigns. He was highly successful at Virgin, but he has also been the Chief Executive of a digital music company backed by the same investors who supported Kickstarter, Tumblr and Twitter, and creator and host of the popular TV travel show Attaché.

This inspirational and motivational speaker has other achievements including being the adviser for the Prince of Wales’ Rainforest Trust and being a board member of Drinkaware campaign which aims to change the UK’s drinking habits for the better.

Alex is heavily involved in Seedcamp – Europe’s leading pre-seed and seed stage acceleration fund which supports ambitious entrepreneurs from around the world with the aim of helping them to create multi-billion-dollar global companies. In particular, Hunter has acted as the mentor at the organisation’s venture capital and angel funding event which takes place every year in London and South Africa.

Alex Hunter is an expert in all things digital and a recognised specialist in social media; he counts among his satisfied clients as a motivational speaker, having helped big business names as Deloitte, O2, Infosys, Capital One, The BBC, Procter & Gamble, Cisco Systems and Nationwide Building Society he brings a new level of business knowledge to any conference.

“Very engaging. His personable style meant that the subject matter was easily absorbed and interest was held throughout.” - News International

“Alex’s presentation was entertaining, educational and timely for our industry. In addition to the content, his fast-paced, colloquial, dynamic delivery style is nothing like what the crowd is used to, and very much appreciated by the audience (and it made us look good for broadening the minds of our attendees!). He took the time to look at examples that made sense to our audience, from their industry, which was very much appreciated. Fantastic opening keynote.” - IIR

Back to 'Digital Marketing Speakers'

To book Alex Hunter as the speaker for your corporate event, function or conference, contact The Motivational Speakers Agency using the contact details below: 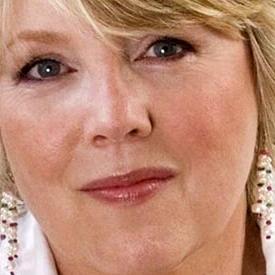