Sahar Hashemi is a leading businesswoman, widely known as the co-founder of Coffee Republic and the founder of Skinny Candy. As the co-founder of the UK’s first US-style coffee shop, Sahar opened over 100 stores across the UK and became a leader in the food industry. Her Skinny Candy brand was stocked in stores such as Selfridges and Harvey Nichols, an industry leader for their unique low-fat confectionery. Now booked as a speaker for corporate events, Sahar is booked to cover topics such as innovation, creativity, leadership, customer service and embracing change.

Sahar Hashemi is a leading entrepreneur in the food industry, having co-founded Coffee Republic and founded Skinny Candy. Two successful companies, Sahar has been appointed OBE for her service to the UK economy and charity and is also now booked as a speaker by major clients such as L’Oreal, Goldman Sachs and Sky. When booked as a speaker, Sahar is sought for her expertise on innovation and entrepreneurial mindsets along with topics such as embracing change, persistence, resilience and stepping into the customer's shoes.

Before becoming a successful entrepreneur, Sahar trained as a Solicitor for Frere Cholmeley Solicitors. Working with the firm for numerous years, Sahar joined forces with her brother Bobby and co-founded Coffee Republic in 1995- the UK’s first US-style coffee bar, with its first shop on South Molton Street. By 2001, Sahar and her brother had expanded their empire to over 100 shops and had an annual turnover of £30 million. Becoming one of the UK’s most recognisable high-street names, Sahar left the management of Coffee Republic in 2001, authoring Anyone Can Do It to share her experience of founding the coffee chain.

After the success of Coffee Republic, Sahar was inspired to set up her own company, founding Skinny Candy in 2005. Using innovation and creativity, Sahar formulated the idea for the low-fat sweets and chocolate that went on to be sold in the likes of Harvey Nichols and Selfridges. Growing the business into a success, Sahar made the decision to sell her business- selling Skinny Candy to Glisten Plc in 2007. Since selling Skinny Candy, Sahar has authored Start Up Forever and become the Co-Chair of Scale Up Taskforce. She has also received recognition as one of the Top 35 Women in British Business Under 35 by Management Today and on the list of the 20 Most Powerful Women in Britain by The Independent on Sunday. She has also been listed on the Maserati 100 and named on the 100 Most Successful Philanthropists, Investors, Mentors and Advisers list.

Now booked as a speaker for a range of corporate events, Sahar is sought to share how she made her businesses such a success. A seasoned speaker, Sahar has previously spoken for clients such as Goldman Sachs, L’Oreal, GSK and Best Western Hotels- commended for being inspirational, approachable and passionate. Having also been named as a Young Global Leader by the World Economic Forum, Sahar is an influential thought leader and guaranteed to leave audiences inspired as a keynote speaker. When looking for an expert in successful business who covers topics such as entrepreneurial leadership, embracing change, resilience, entrepreneurial behaviour and customer service, Sahar Hashemi is a fantastic choice.

"You were absolutely phenomenal" - Goldman Sachs

"Inspiring and actionable talk. The feedback has been tremendous" - L'Oreal

"Sahar was inspirational and a great speaker. She was very approachable, and really got underneath the look and feel of the conference." - Best Western Hotels

"It is always inspirational to hear the story from someone who has really pursued their dream and made it come true." - GlaxoSmithKline

"Feedback about Sahar's speech has been very positive. She also seemed to hit just the right note for the audience." - UK Business Incubations

"Sahar was an excellent speaker - dynamic, inspiring and insightful." - MOMENTA

"The audience wouldn't stop clapping even after Hashemi stepped down from the stage!" - Exchange4Media

Back to 'Entrepreneurship Speakers'
To book Sahar Hashemi as the speaker for your corporate event, function or conference, contact The Motivational Speakers Agency using the contact details below:
Enquiry form 0207 0787 876 [email protected]
* 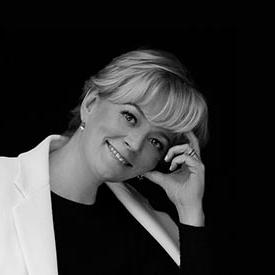