Brendan Hall is a professional yacht skipper, widely known for his impressive win of the Clipper Round the World Yacht Race- a race that took 10 months to complete and was a staggering 40,000 miles long. Having circumnavigated the globe as the youngest and least experienced skipper, Brendan is commended for his resilience, continuous improvement mindset and high-ownership culture. Now booked as a speaker for corporate events, Brendan advises audiences on organisational change, marketplace uncertainty, embracing change and being resilient people.

Brendan Hall is widely known for his talents as a professional yacht skipper, who impressively won the Clipper Round the World Yacht Race 2009. Joined by a team of 44 amateur sailors, Brendan was the youngest and least experienced member of the crew but nonetheless played a pivotal part in guiding his team to claim victory at an impressive 20 point advantage of their nearest competitor. Having experienced the extraordinary, Brendan is now booked as a speaker for corporate events to help clients navigate uncertainty and change and still emerge successfully. He is also booked to cover topics such as managing your mood shadow, removing blame culture and developing a growth mindset.

A passionate yacht skipper, Brendan was selected to be a skipper in the 2009 Clipper Round the World Yacht Race. Given a team of 44 amateur sailors (some of whom had never sailed before), it was Brendan’s responsibility to coach the team so they could navigate the yacht through the world’s oceans and win the race. Aboard the Spirit of Australia, Brendan and his team finished victorious, and along the way, Brendan honed his skills of responsibility, determination, resilience and focus- all of which he can share his insights on as a speaker.

Since winning the race, Brendan has also been the Captain of S/Y Acheron on which he competed in various regattas, spending summer seasons in France and winter seasons in the Caribbean. Continuing to be passionate about sailing but more focused on speaking, Brendan is now booked as a speaker on team culture and how to ensure results are achieved in times of change and adversity. He also commits his time as a Leadership Associate at the Cranfield School of Management and as an Education Executive for Ashridge Executive Education. He has also authored the book Team Spirit and been featured in the likes of Yachting World, Business Uncovered, the BBC and The Sunday Times.

Now booked as a speaker for corporate events, Brendan uses his skills that he developed during his time as a yacht skipper and translates them into business context. Having previously spoken for the likes of PWC, SAP, GSK, Lloyds Bank and Tesco, Brendan is a seasoned speaker and helps organisations to manage their teams through times of organisational change and uncertainty. Brendan is renowned for teaching audiences how to provide safety in times of adversity, become resilient and developing an organisational culture that can withstand challenge. Having performed to audiences of 1200 + people, Brendan has helped over 200 teams to navigate change in the workplace. When booked as a speaker, Brendan delivers takeaway messages such as managing your mood shadow, creating a space, removing blame culture, developing a growth mindset, trust and giving ownership. When looking for a speaker who will help navigate through change and emerge successfully, Brendan Hall is a fantastic choice.

“Brendan delivers an engaging experience that translates directly into meaningful business & team building learnings that will help our team stay ahead of the competition.” - Swarovski

"Brendan carefully weaved the key themes of our conference agenda into his speech. The way he brings the story to life so you feel it and how he skilfully translates these into practical leadership lessons is inspiring." - Covea Insurance Group

"An incredible storyteller. The leadership messages are clear and always consistent. After his presentation, I was overwhelmed by positive feedback." - Foster + Partners

Back to 'Explorer & Adventure Speakers'
To book Brendan Hall as the speaker for your corporate event, function or conference, contact The Motivational Speakers Agency using the contact details below:
Enquiry form 0207 0787 876 [email protected]
* 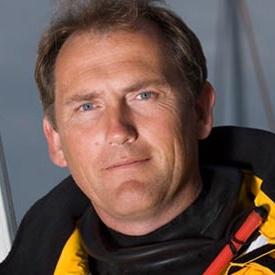 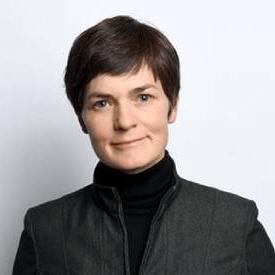