Professional sailor Lia Ditton has traversed the globe, completing impressive ocean rowing feats and setting records. Adventurous at heart, Lia has single handily sailed the world’s oceans, courageously competing in rowing competitions worldwide. As a speaker she is sought to cover her inspirational journeys she has taken on the water, motivating corporate audiences to push their boundaries and strive toward peak performance.

Before beginning her incredible ocean feats, Lia obtained a BA degree in Fine Arts and an MA in Professional Writing. Growing up Lia had a strong passion for sculpting and wanted to be an artist, quite different from her current vocation as a sailor. Lia travelled the globe from a young age too, embarking to Asia and Thailand, where she signed up for her first sailing adventure. Sailing back to Europe via the Red Sea, Lia found her passion for sailing and adventure, setting her sights on more impressive sea voyages.

Since her first sea voyage, Lia has completed an impressive array of sporting feats. She has now accumulated an impressive 150,000 nautical miles and competed in some of the most challenging ocean races known to man. Her most impressive feats include being the only woman to compete in the OSTAR 2005 Single-Handed Transatlantic Race and finishing in 2nd place of Le Route du Rhum. She has also set the Women’s World Record for sailing from San Francisco to Hawaii and claimed 1st place in the 2007 Transpac Race. She also became the 54th women to row the Atlantic Ocean and 64th woman to row any ocean after she rowed from La Gomera to Antigua, an incredible 3000 nautical miles.

Her ocean feats have inspired her in many ways. Her experience of the OSTAR 2005 was the basis of her Absolute Solitude: One Woman, One Boat installation where she resided in her boat next to the Tate Britain Gallery. She has also used her personal experiences to author her first book, titled 50 water Adventures To Do Before You Die which explores various experiences that Lia believes you should experience in your lifetime. She has also been fortunate to be the captain of the world’s largest solar-powered boat, PlanetSolar which was also the very first solar-powered vehicle to circumnavigate the globe.

Now a sought-after public speaker, Lia motivates others to follow in her footsteps pushing human boundaries and striving to complete the incredible. From traversing the world’s oceans to art installations, Lia is a diverse and captivating speaker who is guaranteed to be a hit at your next event. Covering topics such as goal setting, peak performance, overcoming adversity, adventure and exploration, Lia is armed with a series of life lessons that are transferable into business and useful for corporate clients.

Lia Ditton is a professional sailor. Watch her in action on the seas here as she trains for her tough ocean journeys.

Only Woman to complete the OSTAR 2005 Single-Handed Transatlantic Race

64th Woman to ever row any ocean

Author of 50 Water Adventures To Do Before You Die

Women's World Record for rowing from San Fransisco to Hawaii

Back to 'Explorer & Adventure Speakers'
To book Lia Ditton as the speaker for your corporate event, function or conference, contact The Motivational Speakers Agency using the contact details below:
Enquiry form 0207 0787 876 [email protected]
* 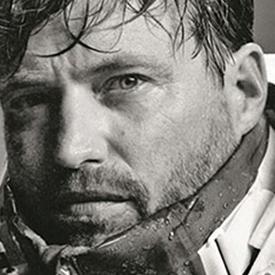 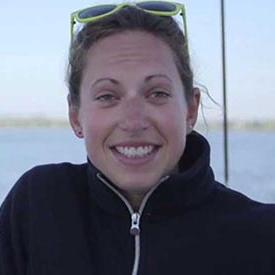