Time magazine named Pen Hadow as Hero of the Environment in 2009. Pen's insight into polar exploration and climate change is second to none and has been highly-sought by global corporations.

Pen's first Arctic expedition was in 1989 and it saw him set up the world’s first guide service to the North Pole in 1995. Two years later he co-organised the first all-women expedition to the North Pole. The only person to date to have journeyed to the North Pole from Canada, Pen proved his commitment to a challenge and exploration in 2003 - a feature that won him La Marca's award for Best Global Adventure. This expedition paved the way for the vital role he plays in scientific research today. Pen has participated as a professional polar explorer in a number of surveys, including those with support from the Royal Geographical Society, the International Scientific Research Programme on the Arctic Ocean and the Marine Research Programme to Protect Wildlife of Central Arctic Ocean.

In addition to his role as one of the most important explorers and environmental visionaries in the world, he has contributed to a range of columns and books including Catlin Arctic Survey – Investigating the Changing Arctic Ocean Environment and Futurescope – Ideas to Shape the World, in 2013. He followed this in 2017, by leading the first vessels without icebreaker support into the Arctic Ocean in order to promote conservation of the Central Arctic Ocean’s wildlife and ecosystem. Deeply concerned with the future of our planet, with a focus on the ice-reef ecosystem, animal conservation and the melting sea, Pen continues to strive towards environmental and conservational progression. In his latest Arctic Missions, he has been working with the objective of informing and engaging the public and policy-makers in matters concerning the Arctic and climate change. Founder and leader of the Catlin Arctic Survey, Pen is a pioneer in his field.

Tapping into the major issues faced on planet earth, Pen is able to pass on his practical experience in an education setting, allowing everyone in the attendance to learn about the state of the ice caps and how he, as Director of the 90ºNorth Unit is committed to working alongside the UN to improve prospects in the Arctic.

Speaking at heads-of-state summits, forums and events across Europe, Asia and North America - Pen has become one of the most sought-after keynote speakers in the world. Focusing on peak performance and the environment, Pen's conference speeches are always thought-provoking and are carefully designed to make an impact, with the occasion and audience determining the balance between information, inspiration and entertainment.

Covering the challenging circumstances and conditions which have served as the backdrop to his career as an explorer, Pen is able to discuss all with an underlying theme. Covering topics including mental resilience, emotional management strategies or overcoming adversity, he is a masterful speaker with an inspirational story.

Delivering a Ted talk symbolises making the big time for speakers. Take a look at Pen Hadow doing just that, where he speaks on the role of business within Ecological Research, at TEDxBermuda.
As the only person to have successfully trekked from Canada to the North Geographic pole without resupply, Pen has been a frequent face within the media. Get a glimpse of the experiences Pen uses within his speeches at corporate events below:
An expert in his field, Pen Hadow talks about his findings from his ice walk to the North Pole. The after dinner speaker, brilliantly breaks down the expedition’s report for all to understand. Take a look below:

Take a look at what people had to say about Pen, when he appeared at their corporate events:

“Pen Hadow’s experience was genuinely inspirational and motivating. Having launched Marks and Spencer’s Plan A initiative on the need to tackle the enormous challenge of climate change, it was fantastic to hear from someone who has experienced global warming issues with their own eyes.” – Stuart Rose, CEO, Marks and Spencer

“Pen was amazing, just amazing, Richard was extremely impressed with his presentation and Pen himself. I thought he was utterly charming and a real gentleman, he was an outstanding speaker and we have received many compliments on his presentation. It was a real pleasure to meet him. Thank you both so much.” – Tracey Fletcher, Wragge Lawrence Graham & Co

“… Fantastic presentation. I believe the silence among the 400 delegates in the room indicated how intrigued we all were with your story and your “can do” message. I heard a lot of positive comments from customers and colleagues later that day.” - Marketing Manager, DICOM Europe

"You have a gift – and should use it.  Few can communicate with a level of engagement and intensity like that.”
Founder" – The Body Shop

“He was inspiring, funny, and really kept the interest of his 900 strong audience… our numb bottoms were forgotten. Pen made my daughter feel that if he could carry on fighting to succeed, so could she! I must mention how kind he also was to all the special needs students, many of whom needed his help to understand what to do next. He is a talented, kind man, with a core of steel hidden beneath that pleasant exterior… it appears he helped my daughter find her own “steel”.” - Duchy College Audience Member

“Your inspiring account held the audience captivated. Your achievement and humbling pathway to it, is epic. The humour, humility and underlying steely determination in your delivery was really engaging… excuse the exuberance of my verbosity but I and the rest of the course, directing staff and guests have been left quite enthused/positively affected…thank you so very much for an incredible talk, I have been inspired.” - Commanding Officer, Junior Officers’ Tactics Division Land Warfare School, Warminster

“It was just fantastic to meet you and congratulations on your fascinating and inspiring presentation!” - Steve Merchant RSM Restructuring Advisory

“I was responsible for hosting a very important industry event and was looking for a guest speaker on the subject of leadership but at an affordable price. Pen was simply brilliant. This is a man who is truly inspirational. If you want a speaker who can lift your spirits and demonstrate how to achieve the impossible against all odds then Pen should be on your list as first choice. Thank you Pen!” - Carol Jolly, Executive P.A., Chorley Building Society

“Pen was excellent, I would highly recommend him to anyone looking for a really interesting and engaging speaker. His story is fascinating, and he tailored the underlying messages well to our audience. I think he was a great addition to our conference.” - Claire Cullen, CORGI Technical Services Ltd

Pen was absolutely brilliant. We’ve received great feedback on the session. I think the way he weaved the key messages for Indivior into his presentation (very subtly) was really impressive – the client loved it." - Bella, Succinct Communications

"He was great – excellence feedback from the delegates and it really inspired them to think differently. He was a joy to work with and thanks for the suggestion!" - Simon – Succinct Choice

“We would like to thank you for opening the second day with your experience, which was truly inspirational. Your talk “The art of the possible in the face of adversity: Insights from the North Pole” contributed a lot to the programme and encouraged the delegates to think differently. The session was very well received and we were delighted with the feedback from the delegates throughout the event.” - 9th Regional Oncology Forum

Environment & Sustainability - Pen uses his international advocacy work as an example of what needs to change the sustainability of the worlds environment, such as his work on the protection of the North Pole’s unique wildlife and floating ice-reef ecosystem, which is anchored into Pen’s remarkable personal story of daring exploration.

High Performance - Pen’s solo North Pole feat continues to provide the framework for a riveting motivational experience focused on high performance in the most challenging circumstances. Offering key insights to his own experience, audience members will come away with new ideas on how to consistently perform to a high standard.

Mental Resilience - Using his story of extreme performance against previously insuperable odds, Pen discusses the tools and techniques needed to keep metal resilience high and to improve your own mental resilience to overcome all obstacles.

Emotion Management Strategies - Offering his hard-won insights from life as a polar explorer, often being pushed to the very edge of his emotional barrier, Pen has developed his own methods of coping under extreme situations. These strategies he will discuss in relevance to his own experiences in some of the toughest conditions in the world, believing that if you can push past your emotions you can achieve anything.

Back to 'Explorer & Adventure Speakers'
To book Pen Hadow as the speaker for your corporate event, function or conference, contact The Motivational Speakers Agency using the contact details below:
Enquiry form 0207 0787 876 [email protected]
* 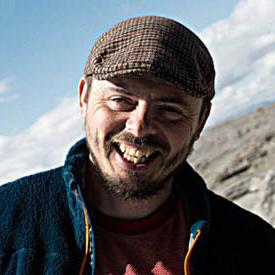