Alan Thompson began his highly respected football career in the youth team for Newcastle United from 1989 to 1991, after which he joined the senior team, making 16 appearances in the next two years. However, Alan’s career really took off when he joined Bolton Wanderers in 1993, making 157 appearances and scoring 37 goals, his most famous being his amazing net buster in the 1995 League Cup Final.

Leaving Bolton in 1998 to join Aston Villa where he scored four goals in 46 appearances Thompson then embarked on a seven-year spell with Celtic, playing 158 games and scoring 37 goals.

He was in the team that got to the 2003 Champions League final, losing to Porto, and he scored the only goal in the 2005 Scottish Cup final. After short spells at Leeds United and Hartlepool United and winning one cap for England in 2004. Alan went into football management, starting off as assistant manager of Leeds then becoming the academy coach at Newcastle United.

After holding down the post of reserve team coach for Newcastle for a year, Alan joined Celtic as first-team coach in 2010, where he stayed for two years. In 2014, Thompson became Birmingham City’s development squad coach, a position he held for six months. Since then, he has become a highly popular and audience-friendly motivational speaker.

Take a look at one of Alan's post- game reactions; 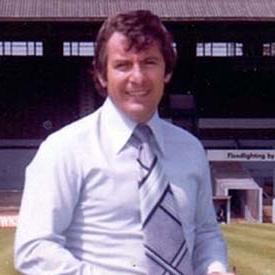