Garth Crooks stands out as one of the most entertaining, insightful and much-loved football speakers in the game. His examination of football, coupled with his penchant for debate and detail, place Garth at the top of his field, making him a popular pundit on such TV shows as Match of the Day and Football Focus.

A captivating football speaker whose passionate speaking and astute observations have engaged football fans across the UK, Garth has seen his stock rise even further since retiring as a player in 1990 following spells with five of England football's most prestigious teams.

Garth began his playing career at his hometown club, Stoke City FC in 1976, having made his way through the youth academy. His debut saw him become the first black player to have played for the club since the 1940s. Despite suffering harrowing racial abuse from the stands, Garth never let it affect him, becoming a much-feared player, thanks to his devastating pace and finishing.

After scoring 48 goals in 147 appearances for Stoke, helping them to promotion back to the First Division and keeping them there, Garth signed to Tottenham Hotspur FC in 1980 for £650k fee. There he established a dynamic strike partnership with Steve Archibald, helping the club to win two FA Cups titles and a UEFA Cup.

He ended his spell at Spurs with 48 goals in 125 games, after five years with the club that also featured a short stint on loan at Manchester United FC. His prolific finishing continued in his final spells at West Bromwich Albion FC and Charlton Athletic FC before he was forced to retire due to injury in 1990.

After hanging up his boots, Garth became a prominent face in broadcast media and international football. He appeared as an analyst and football pundit at major tournaments including the 1982, 1990 and 2002 World Cup. He has since featured regularly on Final Score, Football Focus and Match of the Day.

He became the first black chairman of the Professional Footballers' Association in 1988. In 1999 he was awarded an OBE for services to football punditry. The award stated his ability to bring passion to football as a key reason for receiving the honour.

Watch Garth in an interview, here:

"It went really well...Garth was fantastic, very professional so thank you." - E.ON

Back to 'Football Speakers'
To book Garth Crooks as the speaker for your corporate event, function or conference, contact The Motivational Speakers Agency using the contact details below:
Enquiry form 0207 0787 876 [email protected]
* 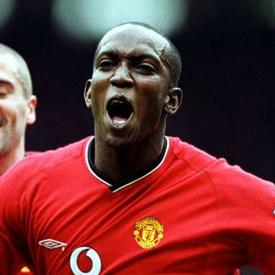