One of the most respected players of his era, Garry Mabbutt made more than 750 appearances playing for Bristol Rovers and Tottenham Hotspur and was capped for England 16 times, making him an instantly recognisable name within football.

Playing in central defence and midfield, Gary Mubbatt was known to be a versatile player on the football pitch. He enjoyed three years with Bristol Rovers and a staggering 16 years at Tottenham Hotspur. He played with Spurs from 1982 until 1998, a period where he would become known as one of the best defenders in English football.

Mabbutt contributed to the team effort that won Spurs the UEFA Cup in 1984 as well as the FA Cup in 1999. He also famously scored an own goal at the 1987 FA Cup Final which allowed Coventry to take the title. He is now regarded as something of a folk hero at Coventry City with a magazine being named Gary Mabbutt’s Knee.

In 1993, Mabbutt clashed with Wimbledon’s Fashanu at during an aerial challenge in the seventh minute. He was struck in the face by Fashanu’s elbow leaving him with a fractured skull and eye socket. The injury required him to take out three-months from the sport and on his return, he had to wear a protective mask. After sustaining a broken leg on the opening day of the 1996-97 season, Mabbutt heroicly returned for a final season before retiring as Tottenham’s second longest-serving player.

Since hanging up his football boots, Mabbutt has used his platform to spread awareness on his condition, type one diabetes. He has appeared on children's programme, Blue Peter, to demonstrate how to inject insulin into an orange and is also now an ambassador for the Prince’s Trust and Patron of Diabetes UK.

Appointed as an MBE for his services to football, it’s evident that Gary Mabbutt is a highly regarded and respected public figure. His drive and determination, passion for football and raising awareness for his condition are admirable traits that make for a captivating and motivational speech.

Get a feel for Gary in the video below:

“We raised £20,000 and lots of awareness. Gary was a star – the kids are all still buzzing about meeting him. It was a pleasure having him stay with us, a truly lovely guy.” – Jo, Manx Diabetic Group

Back to 'Football Speakers'
To book Gary Mabbutt as the speaker for your corporate event, function or conference, contact The Motivational Speakers Agency using the contact details below:
Enquiry form 0207 0787 876 [email protected]
* 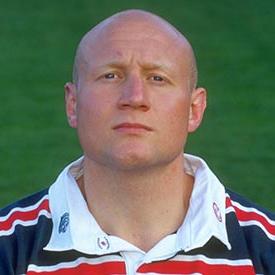