Football speaker, ex-player and manager Geoff was a member of the infamous 1966 World Cup winning English team and remains one of the most famous players of his generation. Now a successful businessman Sir Geoff retired in the late 1970’s and spent several years working as a manager, assistant manager and player-manager for Chelsea and his old team West Ham.

However, following an unfortunate defeat against Swansea, Hurst left Chelsea and the world of football behind him and dedicated himself entirely to his business ventures. Though he may be well into his seventies, Geoff has established himself as both a businessman and football speaker, his experience as a player has provided him with a wealth of exciting and insightful stories and anecdotes to share with audiences.

As the only player to score a hat-trick in a World Cup final Hurst always draws a large crowd and his sports speaker presentations continue to inspire those with an interest in football even if they are far too young to remember the now almost mythical win of ’66.

The man that inspired the famous "They Think It’s All Over…" quote, Geoff is one of the most popular football speakers working on the sports speaker circuit; his status as a veteran and champion mark him as a far more impressive choice than many modern day footballers and the longevity of his success both on and off the pitch demonstrates his determination and ambition.

Not only was Hurst one of the first footballers to be knighted but his contributions to football as a player, manager and sports speaker were recognised in 2004 when he was inducted into the English Football Hall of Fame.

In 1975, Hurst’s status as an inspirational figure, winning footballer and impressive sportsman were recognised when he was presented with an MBE by her Majesty the Queen; Geoff maintains a positive public profile by contributing to charity as President of Sparks the Children’s Medical Research Charity.

"The appreciation for the man was far greater than we have ever had for any current player and he works as a total professional." - R&T Tours

"Geoff manages to keep animated on the subject for every new audience and combines playing stories with experience of the business world." - World Computer Analyst

"The ability to feel the atmosphere in a room is unique and Sir Geoff manages to mix business with sporting events perfectly." - National Computer Company

Back to 'Football Speakers'
To book Geoff Hurst as the speaker for your corporate event, function or conference, contact The Motivational Speakers Agency using the contact details below:
Enquiry form 0207 0787 876 [email protected]
* 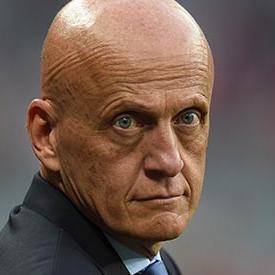