Former player and Scottish football coach, Gordon Strachan has played for an abundance of teams including Manchester United and the Scottish national team.

Strachan has gone on to manage teams from Coventry City to Middlesbrough before his current leadership stint with the Scottish national team. With such a variety in his skill set, Strachan is a brilliant motivational speaker for teamwork, leadership and drive and determination topics. Having played a huge 635 league games within only his domestic career, Gordon scored a staggering 138 goals for both English and Scottish top tier teams. His international career saw him earn 50 caps, score five goals and impressively play in two FIFA World Cup finals.

Strachan enjoyed seven seasons with Aberdeen after he made his senior debut as a right-sided midfielder for Dundee in 1974. Whilst at Aberdeen, Gordon won multiple domestic league and cup honours around the same time that he first played for the Scottish national team in 1980.

After moving to England, Strachan joined Manchester United in time to be part of the winning team in the 1985 FA Cup Final. He then joined Leeds for seven seasons where he became the captain of the team. As the leader, he led the team to win both the 1989-90 Season Division and the 1991-92 First Division League titles. In 1992, Strachan played his last game for Scotland before moving to Coventry for three seasons as a player-coach.

Transitioning into a manager, Gordon enjoyed his first five years of this position at Coventry. He then returned to the Premier League as the manager of Southampton who he led to the 2003 FA Cup Final against Arsenal.

Making his return to Scotland, Strachan became the manager to Celtic. He achieved three consecutive league titles and other domestic cup wins before leaving to join Middlesborough. His final stint within football was the management of the Scottish national team for five years before retiring to become a pundit for the BBC.

With a long record of honoraries, Strachan has been named FWA Footballer of the Year (90-91), Manager of the Year in Scotland several times and inducted into the Scottish Football Hall of Fame. A highly respected name within football known for his impressive leadership and teamwork skills, Gordon Strachan is a great motivational speaker for both football clubs and businesses.

Watch a tribute to Strachan's career below: 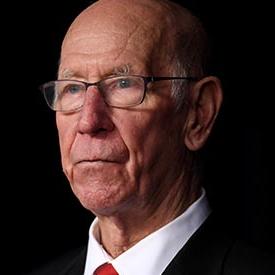