Ron Atkinson, commonly known as Big Ron, is an English former football player and manager who became one of Britain’s best-known football pundits in the 1990s and early 2000s.

A one-club player, his professional footballing career was spent entirely at Oxford United, where he became the first ever footballer to captain a club from the Southern League through three divisions of the Football League, reaching the Second Division in 1968.

It is management, however, where Ron made his name. He began in the lower leagues with Kettering Town and Cambridge United, before moving onto West Bromwich Albion, which he led to third place in the First Division in 1979 and to the UEFA Cup quarter-finals. Manchester United, one of the most illustrious clubs in the world, soon came calling, and between 1981 and 1986, Big Ron was at their helm, leading them to two FA Cups and a FA Charity Shield.

Other managerial appointments saw him take charge of a host of top English clubs, including Sheffield Wednesday, Aston Villa and Nottingham Forest, while also enjoying a spell in La Liga with Atletico Madrid.

Ron retired as a manager at the turn of the millennium but remained within the world of football by making a name for himself as a pundit on ITV Sport, in which “Ronglish” became known to a wider audience. He now works for MUTV, Manchester United’s own television channel. Also working as a pundit on William Hill's podcast The Punt, Ron is a popular addition to any corporate engagement.

A veteran of the game with over half a century of experience, Ron will engage and interact with guests to ensure all listeners feel part of his stories. A witty and humorous character, he will mix the funny side of football with advice from a career spent in a competitive and elite environment.

Ron shares some anecdotes of his time as a football manager, below: 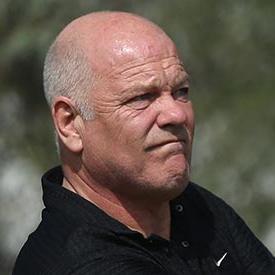 Peter Beardsley ACCOMPLISHED FOOTBALLER WITH SOME OF ENGLAND'S GREATEST TEAMS